Following their acquisition by LETA Capital after VK sold out due to Russia/Ukraine economic difficulties, MY.GAMES looks set to rebuild and re establish itself with key hires 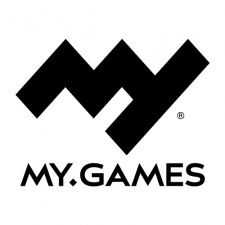 As we reported recently, Russian tech company VK divested itself from its gaming division MY.GAMES in early October of this year. The company was responsible for one of Russia’s largest social media apps, also called VK, which approximately 90% of the population made use of.

Selling 100% of their shares in MY.GAMES to Alexander Chachava, the Managing Partner of Leta Capital, VK ditched the online games service due to the difficult economic situation in Russia as a result of the Ukraine conflict. Now following VK's departure, MY.GAMES is looking to bounce back with a new Chief Product Officer and Chief Strategy Officer.

CEO of MY.GAMES, Vladimir Nikolsky commented “We are opening a new chapter for MY.GAMES and have very ambitious plans for the company’s future. We continue diversifying our portfolio and investing in the development of products in all segments: PC, console, and mobile, and also continue experimenting with new niches and genres.

"We are truly lucky to have a highly talented and committed team with an incredible passion for games. In their new roles, Elena will oversee strategic planning of the company’s operations, including mergers and acquisitions, and Benjamin will develop existing IPs as well as creating new ones. I am sure that Elena and Benjamin will lead MY.GAMES to further success and help us to achieve our goals.”

MY.GAMES working hard to bounce back

It’s no secret that Russia has been hit hard by economic sanctions that have affected all sectors of the economy. Gaming is no different, so it is unsurprising VK would concentrate on its own domestic businesses and divest from MY.GAMES. Now, MY.GAMES is likely looking to distance itself from its former owners and reinvent its management with experienced industry talent. The new direction, the release for these hirings says, is international growth and expansion to take MY.GAMES in a new direction.

Given doing business from Russia is now virtually impossible – at least in the manner it was done pre-war – it's likely that MY.GAMES’ partner studios, including developers of a number of mobile games, are glad to see fresh changes to the management and a new direction.

We also previously reported on another company, Azur Games and the work it took for them to transfer their operations from Russia to other parts of Europe in the wake of the Ukraine conflict.