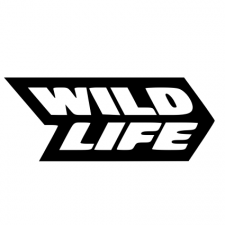 Developer Wildlife Studios has laid off almost 300 employees in Brazil and Argentina as part of a concerted effort to increase its mobile efforts by cancelling “initiatives outside the mobile game space,” reports Mobilegamer.biz.

“Today, Wildlife reduced its team size. We have stopped our initiatives outside the mobile game space to increase our focus on what has made the company successful, game development," they stated.

South America is a rapidly growing hotspot for the mobile gaming industry, and we previously identified the region as the second fastest-growing region in the world. Brazil in particular has seen massive growth in recent years, being the largest market by games revenue in the region. As such, it appears that Wildlife are doubling down on its mobile arm in an attempt to increase its market share within the region as the mobile gaming industry continues to grow.

Wildlife has made several business moves in an effort to increase its mobile presence in recent years, including the formation of Stellar Core Games in Helsinki and affiliate studio 8-Bit Bandits.

The non-mobile layoffs include staff from across the business and the full gamut of roles including engineering, art, game design, and animation.

Mobile gaming remains the most profitable branch of the gaming industry, with an estimated 50 percent market share in 2022. The low entry barrier compared to PC and console gaming make mobile gaming more appealing and accessible to casual gamers than other platforms. A Newzoo report highlighted the Brazilian gaming market, which generated $2.7 billion in revenue, with 60 percent of those surveyed gaming on mobile devices.

Earlier this year, we listed Wildlife as one of the top 50 mobile game makers of 2022.