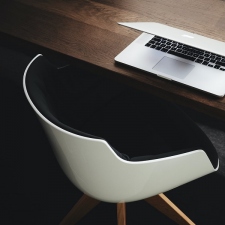 Former Chinese premier Jiang Zemin was memorialised today in China after his death a few days ago. Zemin was seen as a major figure in the changing of the country and its gradual opening to foreign investment which culminated in China becoming the business powerhouse it is now known as today. And it wasn’t just schools, official institutions and media outlets that observed this day of mourning, but video-games as well.

According to Niko Partners analyst, Daniel Ahmad – who often comments on the game industry through his Twitter account @ZhugeEX – online video games in China have gone offline for the entirety of the 6th of December in memory of Jiang Zhemin. It’s not the first time this sort of action has been taken, as similar action was taken in 2020 in remembrance of the victims of Covid in the country and in 2013 to pay respects to victims of the Lushan earthquake disaster.

The decision to take these games offline represents not only a cultural difference but also a sign of just how closely aligned the companies that comprise the Chinese game industry are with one another. And the strength of both societal and government expectations. It’s not been uncommon in the past few years for businesses to show solidarity with the people and there’s no indication that this is by government decree, but is more a spontaneous action that is simply 'expected'.

Indirectly, Zhemin is possibly responsible for the Chinese game makers success in the first place. Having presided over the opening of China to the wider world – especially in the field of foreign investment – and in the formation of private enterprises that would soon become the massive tech companies China is now famous for. Although seen even in China as a multifaceted figure, he’s still viewed as a pivotal historical player nonetheless.

China’s mobile gaming industry has taken a hit recently with licensing freezes that are only just beginning to thaw. However, reports that the government's intervention to prevent ‘Gaming addiction’ are now set to ease have sparked hopes there will be an easing of regulations on games in the coming months.