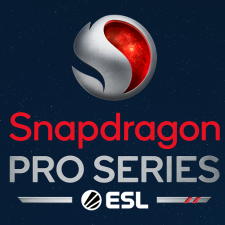 It was announced today that Qualcomm will partner with mobile giant Samsung to utilise their devices exclusively for its Snapdragon Pro mobile eSports series. Competitors at the Mobile Challenge and Mobile Masters competitions will be supplied exclusively with Samsung Galaxy devices on which to play. This collaboration will begin with the Snapdragon Pro Series Mobile Challenge Finals at Dreamhack Valencia.

Executive Vice President and Head of Global Marketing, Samsung, Stephanie Choi said of the partnership “We’re committed to bringing high-performance Samsung Galaxy devices powered by Snapdragon to the hands of billions of gamers around the world to promote both camaraderie and competition. As the Official Smartphone Partner of the Snapdragon Pro Series, this announcement deepens our existing collaboration with Qualcomm Technologies and is an important next step in our pursuit to advancing mobile technology in the esports world.”

The collaboration is not necessarily a surprising announcement, as eSports tournaments across all platforms are frequently sponsored by hardware, software and peripherals manufacturers to promote their products. The ‘professional’ prestige of eSports means that for games in the FPS and fighting-game genres, high-end equipment with which to play is appealing. However, Samsung’s collaboration with the Snapdragon Pro Series marks a major endorsement for mobile eSports, as the Samsung Galaxy is multi-use meaning that there is a clear belief that there is a potential market for their devices in eSports audiences.

SVP of Qualcomm Technologies, Inc. and CMO of Qualcomm Doc McGuire indicated as much in his statement “The collaboration between ESL FACEIT Group, Samsung and Qualcomm Technologies demonstrates our collective dedication to revolutionising mobile esports through unparalleled accessibility and inclusivity to enable the era of everyone. We look forward to showcasing the premium, mobile-first gaming features and superior performance of Samsung Galaxy devices powered by Snapdragon, as the world’s top mobile gamers compete on esports’ biggest international stages.”

SVP Game Ecosystems at ESL FACEIT Group (EFG), Kevin Rosenblatt echoed these sentiments “By leveraging industry-leading technology from Samsung and Qualcomm Technologies, EFG will continue to heighten the competitive experience for mobile gamers worldwide. Our collaboration highlights that now more than ever, the phone in your pocket is a gateway to amazing competitive gaming experiences.”

Qualcomm had previously announced they would be hosting both a Clash of Clans and Brawl Stars finals during their Snapdragon Pro Series at Dreamhack Chicago. Qualcomm partnered with ESL Faceit Group (EFG) who manage the tournament.