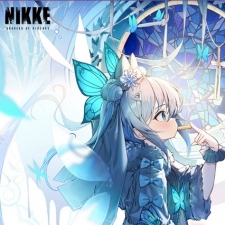 Through acquiring a 20 percent stake in South Korean studio Shift Up, Chinese megacorp Tencent has become the company’s second-largest shareholder.

Shift Up is one of the co-creators behind mobile game Goddess of Victory: Nikke, together with Level Infinite. A role-playing shooter published by Tencent, the title launched in early November and has since generated over $100 million in revenue; according to Sensor Tower data, the game placed fourth for revenue out of all mobile games in this time.

Even though the game is unavailable in China at the current time, the country is being blamed online for the censorship seen in-game, although many characters are still dressed rather revealingly.

According to South China Morning Post, Tencent acquired a stake in Shift Up before Goddess of Victory: Nikke launched, but this has only now been officially disclosed. Specific financials remain unknown.

It is yet another example of Tencent’s aim to influence gaming globally – far from the company’s first acquisition. In fact, Tencent’s investments number more than a dozen in 2022 alone. Further to this, Tencent global games CEO Michelle Liu recently commented that the company’s international outreach will involve AAA and console games in order to compete with Western developers.

Of course, it hasn’t all been good news at Tencent this year. Following China’s continued gaming regulations and the months-long freeze on new gaming licences, Tencent was toppled from the top spot of China’s companies by size.

The drop meant Tencent’s market value fall by $623 billion, the largest fall of any company globally. Despite this "weak macro environment" being expected to continue, Tencent’s continued acquisitions may be evidence of aims to overcome this.

A large part of Shift Up’s success with Goddess of Victory: Nikke may be attributed to its fanservice, but its gacha elements are also bound to be a driving factor.