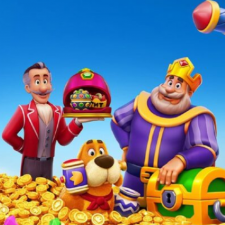 Developer Dream Games has launched a TV commercial for Match 3 game Royal Match, with the aim of expanding the game’s audience.

In a post on Linkedin, the company stated “We are excited to launch our first TV campaign for Royal Match. During this first campaign, we will reach over 186 million people in the United States, and there will be over two billion exposures!”

Since the launch of the ad, it’s gained 9.8 thousand views on YouTube, although metrics on TV performances are unavailable.

Mobile gaming has primarily been the subject of in-game advertising. Royal Match itself has been the subject of a variety of ads, ranging from video ads, playable ads, and even endorsements through personalised video platform Cameo, which allows users to purchase a video message from celebrities.

The launch of Royal Match’s TV ads highlights the importance of expanding user acquisition channels as the industry becomes more competitive. Should Dream Games’ campaign meet expectations, it’s possible that it could result in a major shake-up to the world of mobile game advertising, as more and more game makers expand into the world of television.

Appmagic data suggests that the campaign, so far, has been effective, with the game climbing from number 115 in the US download charts in November to 62 in December, exceeding the previous peak of 94 in March 2021. This upward trend is projected to continue, with the game estimated to reach number 43 in January, and this new wave of exposure could continue as the campaign rolls out into other markets worldwide.

We listed Dream Games as one of the top 50 mobile game makers of 2022. In November, we analysed the use of recorded failure in video ads, and how developers such as Dream Games capitalise on our desire to succeed where others have failed.