Final Closed Beta for the latest entry in the Honkai series coming to iOS, Android and PC 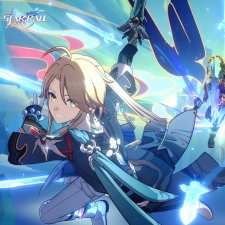 Genshin Impact creator HoYoverse’s highly anticipated new title Honkai: Star Rail is still yet to have an official release date, but it has been revealed that the Final Closed Beta is coming on 10 February 2023.

The space fantasy RPG is coming to iOS, Android and PC. It is the latest entry in the Honkai franchise, and of course, as a HoYoverse game, the question on everyone’s minds is: Will this be the next Genshin Impact?

A number of new characters are to be added for the first time in the upcoming beta, as are new in-game features "drilling down to the core gameplay". On the subject of gameplay, Honkai: Star Rail features turn-based battles, puzzle solving, maze exploration and more. Combat teams comprise four characters, such as Bailu, Yan Qing, Qing Que and Tingyun, all of whom were revealed in the Final Closed Beta trailer to the sounds of Eastern fantasy come jazz fusion.

With an apparent emphasis on its story from what is known so far, the beta will show players this tale’s origin in the Herta Space Station, the icy planet Jarilo-VI, and dreadnought Xianzhou Luofu – foreshadowing an expedition to come. Co-op, companion missions, photos and more are also expected to appear in the beta.

Before Genshin Impact, HoYoverse (miHoYo at the time) was known for its ongoing Honkai series, but this is the company’s first return to the franchise since the global success of Genshin Impact. By Genshin’s first anniversary the game had already generated $2 billion on mobile alone. One year later, in September 2022, Sensor Tower singled out Genshin Impact as having been the most successful gacha mobile game in the past two years, earning more than the second and third-place gacha games combined.

With Genshin Impact’s triumph overshadowing the Honkai series, for now we can only wait and see whether the HoYoverse can capture lightning twice and make Honkai: Star Rail just as successful.