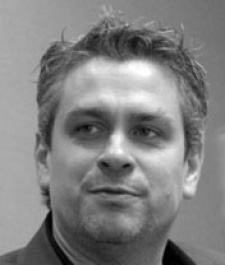 That includes Kleiner Perkins Caufield & Byers, which is looking to hand out $100 million of investment to iPhone app developers, via its iFund.

According to this piece in the New York Times, two of them are focused on iPhone games. One is Ngmoco, the startup set up by former EA exec Neil Young (pictured)

However, the other we haven't covered: it's called Gogii, focuses on "interactive gaming and social networking", and was set up by three former executives of Jamdat Mobile: Scott Lahman, Austin Murray and Zack Norman.

No news yet on any of the games that either company plans to release, but they're ones to watch.

It seems that if you're an independently-minded mobile games exec, right now is a good time to go it alone and seek investment for iPhone projects.