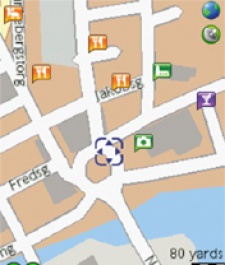 The forum will enable developers to chew over issues surrounding GPS gaming, while also talking to Wayfinder's own experts.

At the end of September, Wayfinder will also be providing a set of tools for developers to make use of its technology in their games.

"We see a huge potential for location oriented entertainment and gaming in mobile phones," says Jonas Sellergren, VP of innovations at Wayfinder.

"By giving access to our 3rd party APIs to the game developer community, we believe that we can help these developers save a substantial amount of time when creating Location Based or Alternate Reality Games, especially on the mapping, search and positioning side."

Although location-based mobile games are still more hype than reality, there is increasing interest from developers in the area, thanks to GPS being a feature in more phones.

Meanwhile, Nokia's gaming execs have been talking about ARG a lot recently, indicating that they see these kinds of games playing a role in the N-Gage platform in the future.