And Italian Job Racing game has blown the bloody doors off 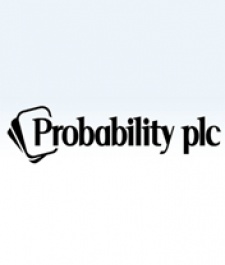 The company says it registered 56,297 new customers during the third quarter, with half of those signing up during September.

Highlights included UK operator 3 launching handsets with pre-installed links to Probability's LadyLuck's gambling service, while the company has also been advertising its service on T-Mobile and O2's portals.

"We believe that we could be enjoying a 'Lidl effect' in our business," says CEO Charles Cohen. "We offer a value proposition to our customers and if people are feeling the pinch elsewhere, we think the signs are we can benefit from the downturn."

Probability allows customers to download its mobile games for free, then bet real money in stakes as small as 50p.

"In a situation where some of the latest mobile games can cost upwards of £7, and there are Lottery scratchcards costing £2, the free download of a game such as Bingo! or The Italian Job, with stakes starting from 50p, gives customers fantastic value for money and the chance to win thousands in prizes on their mobile," says Cohen.