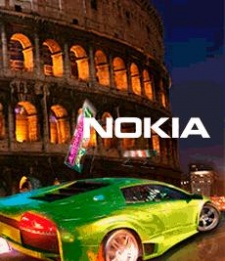 Journalists weren't present at the second day of the Nokia Games Summit last week, but industry attendees were treated to some more facts and figures on the ongoing rollout of N-Gage.

Thankfully, details of what was said have emerged, courtesy of our sources. And the numbers give more of an indication of how N-Gage is gradually stepping up a notch as the N-Gage app is embedded in more Nokia handsets.

N-Gage boss Jaakko Kaidesoja described September 2008 as "the point of no return" for the platform, because it's when the first N96 handsets with N-Gage embedded shipped.

Meanwhile, when beat-'em-up ONE was released last week, it was apparently the biggest-selling day for N-Gage games since the new platform launched.

Nokia's own Yamake is now expected to come out in the first quarter of next year, along with titles including Real Football 2009, Crash Bandicoot and more DChoc Cafe games.

Kaidesoja said Nokia needs to work on its credit card billing solution, although users are finding operator billing easier, and that the unhealthy revenue shares question raised by EA Mobile the previous day "is an issue".

Stats-wise, Kaidesoja revealed that 24% of N-Gage users are in the UK, with 8% in each of Germany, Italy and Australia, 4% in Spain, and 48% in other markets.

Nokia had already revealed that repeat purchases were impressive for N-Gage, but Kaidesoja gave more details. 60% of N-Gage users have made one purchase, 35% have made 2-5, and 5% have made six or more.

Creatures of the Deep is the best-selling N-Gage game so far, followed by Asphalt 4, Tetris and World Series of Poker. Kaidesoja said many titles are seeing conversion rates from demo to full version of more than 20%.

Devices? There will be around eight new N-Gage handsets out in the first half of 2009, with more to follow in the second half.

Intriguingly, Kaidesoja promised "something cool" in the second quarter of 2009, and something "really new" in the fourth quarter. Which gives us a decent year's worth of speculation time.

Other improvements will focus on the N-Gage service, with the long-promised ability for users to backup their games and transfer them to a new handset if they upgrade, as well as improving the games showroom as it gets more titles.

Kaidesoja also talked SDK, with the next release due out at the end of this year with OpenGL ES 1.1 and accelerometer support, as well as DRM-protected music playback, and APIs for music visualisation and camera motion.