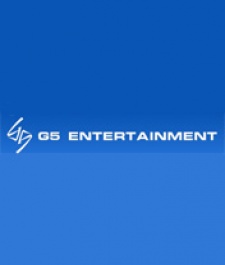 G5 Entertainment has been developing mobile games since 2001, when it became one of the first accredited BREW developers in the US.

Since then, the company has delivered more than 15 mobile titles, including own-IP and branded games, for Europe and North America. The company is headquartered in Sweden, but has development studios in the Ukraine and Russia.

The company uses its own Talisman game engine, which supports platforms including J2ME, BREW, iPhone, Windows Mobile, Symbian and BlackBerry. G5 says speed is one of the key advantages to using Talisman  it can put together a playable prototype of a new game in just two weeks.

The company provides porting services to EU and US operators, and counts the likes of Disney, EA, THQ, Konami, Skyzone and In-Fusio among its client list.

Key recent titles include The Simpsons: Minutes To Meltdown and The Sims 2 Castaway for EA Mobile, as well as Hellboy: The Stench of Evil for Konami, and Saints Row 2 for THQ Wireless  with Red Faction Guerilla and UFC 2009 Undisputed on the way for the latter.

G5 is also setting its sights on cross-platform development, having acquired Shape Games in 2008 with the aim of developing PC casual games, and exploring the opportunities offered by new digital retail channels for console and handheld.

However, the company says its focus will continue to be on mobile, and specifically on creating games based on popular brands that run across all the major mobile platforms and markets.

G5 Entertainment picks up hidden object IPs Nightmares from the Deep and Kate Malone for $600,000