Greg Borrud on going from EA to indie agility 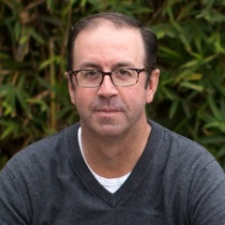 Founded in 2011, LA-based developer Seismic Games has already worked on huge franchises such as Call of Duty and Skylanders.

But that list only increases when one takes into account the now-defunct, formerly Activision-owned studio Pandemic, developer of major console games such as Star Wars: Battlefront and Mercenaries, from which Seismic Games emerged.

The studio is independent and has a mobile focus, but its acquisition of fellow LA outfit Grue Games in December 2016 also marked its ambitions in VR and AR.

To learn more about the origins of Seismic Games, its five games currently in development and the firm's vision for the future, PocketGamer.biz sat down with Co-founder and CEO Greg Borrud.

PocketGamer.biz: Tell us a little about how Seismic Games came about.

Greg Borrud: It was really born out of that experience at Pandemic Studios.

We were looking for what we wanted to do next in the industry, and it came at a really interesting time when clearly the industry was changing completely - going from big, boxed-product console games to mobile games, new free-to-play monetisation models, live services.

We originally wanted to build a new studio that could really start to think about games for today and tomorrow - like the new way of playing games, of building games.

We were very focused on the social platforms, like Facebook, but that quickly evolved into being platform-agnostic. We can't really be beholden to any one platform because the industry is changing.

We build games that we're really passionate about for whatever platforms make sense.

Mobile clearly is the leader right now, then VR comes out, but then PC and console games haven't gone anywhere either. And now you have things like location-based gaming.

That really forced us to rethink development, the way our process worked.

We're around 80 people right now, and we build games that we're really passionate about for whatever platforms make sense. Mobile is our primary platform, but we're also building a VR game and a location-based game.

We're working on five different projects, all unannounced, but all launching within the next year.

You acquired virtual reality expert Grue Games last year. How did that deal come about?

Grue Games was really a spin-out of Activision's Beachhead studio, which we had worked with on Skylanders and Call of Duty.

Some of these guys we had known for 20 to 25 years. We've known each other for a long time and have great relationships.

The conversation was, we can have two separate indie studios here in LA, or we can merge the two and have one studio that's really focused on the same goals.

It was a natural marriage, and it gives us that capacity to grow our studio and grow our products with great management, great teams, great individuals.

They also brought with them experience around AR and VR, which is something we're very passionate about here at Seismic.

It was just a really natural fit and has helped motivate a lot of our growth over the last year.

How much of Seismic's overall focus is on AR and VR projects?

It's a big part, but it's not our singular focus.

Our primary focus is still very much in mobile games, but we've got one big project that we're working on in VR right now that we're very excited about.

When VR becomes mainstream, it's going to be untethered.

It will be announced soon, tied with a pretty significant IP. So I would say that we're making one bet in VR, but it's a very large bet.

Our approach is: how can we best-in-class on the mobile VR side? How can we give the best VR experience in the untethered world?

We're big believers in mobile VR and some of these standalone headsets that will be launching over the holiday season - how that can really be where the focus of VR plays out over the next couple of years.

I'm confident to say that if and when VR becomes mainstream, it's going to be untethered. I do believe strongly in that.

And since we've been developing mobile games over the past five or six years, and most of them have been 3D games, we're uniquely positioned to deliver what we think is the highest-end mobile VR experience.

We're hoping that we're one of the studios that can be developing one of those killer experiences, that drives people to VR.

How do you balance working with licensed IP and developing your own?

Our ultimate goal is to have a nice balance of originally developed IP and licensed IP, and that's what we strive for.

That's kind of what we did with Pandemic Studios, doing Star Wars: Battlefront and Lord of the Rings: Conquest but also doing Mercenaries and Destroy all Humans.

I'm a big believer in both. We really are focused around the right game, the right IP - not shoehorning an IP into a game.

Right now we are working on a lot of licensed IPs, but they're all massive. They're the biggest IPs in the world, so we're very excited to be partnering with these.

But as we go forward, we think we'll have a nice blend of licensed IP and original IP.

Does licensed IP play a bigger role in games today than ever before?

In some respects, yes. But it all depends. Licensed IP was also very big back in the Pandemic days, but then, just as it is now, IP can be used for good or evil.

Sometimes licensed IP is used just to get eyeballs, and it doesn't matter how good or bad the game is; it's just there to sell. That's what often gives licensed IP games a bad name.

In some respects, I think there are a lot of licensed IP game at the moment because, especially on the mobile side, you're looking to stand out from the thousands and thousands of products that are shipping every year.

But just like back in the console days, it can be used for good or evil. What we strive for is to use IP for good.

With your own location-based game coming soon, do you anticipate a new wave of post-Pokemon GO location games coming soon?

Yeah, I do. I'm personally very excited about it because I love the social and cultural aspects of location-based.

If I think of what really causes experiences to break out, I think it comes in one of two ways.

Our location-based game is the most amazing I've ever been involved in.

On one hand, you have that kind of Guitar Hero phenomenon - some game that's just so big that it forces everyone to go out and buy a new device. That's something that I think could really drive VR.

The other way is what I'd call the Hamilton experience - the idea that here is an event that is so big that everyone has to go do it, and everyone is aware of it. That's where location-based experiences start to come in.

We're particularly excited to talk about what our location-based experience is going to be.

I think it's arguably out of our entire slate the craziest, most unique, most amazing product that I've ever been involved in in my entire gaming career.

It will hopefully set the bar for what a location-based interactive experience can be.

But just like with VR, we're making bets - big bets - but we're not betting the entire company against how this evolves. But we're certainly going to be a player in this space.

We've got the mobile VR game, which we're launching early next year, and we've got the location-based experience we're very excited about.

The fifth one is the built around the other technology platform that we're pretty passionate about, which is streaming games and where the potential of streaming games might go.

We continue to work on some different things around streaming games, and how you could be playing a game anywhere at any time on any device.

While an increasingly growing trend on mobile and PC, game streaming has been a tough nut to crack on mobile. Why do you think this is?

To build a really good spectator game, you really do have to think about the spectator when developing your game. The pace and the flow; that just hasn't been a part of game development until now.

A lot of the mobile game designs haven't really thought about the spectator as a part of the experience.

I think you're going to have game developers starting to think about that a bit more, so it's something you may start to see in future.

I don't think mobile games have really gotten to thinking through it that way yet.

What do you think are the important notes to hit when developing mobile multiplayer?

Session length is probably number one: long enough that you have a good, compelling competitive experience, not so long that you're nervous to even jump in.

Matchmaking is obviously very important as well, and something we think quite a bit about.

Community - not just head-to-head, but also the cooperative experience - is also really critical when thinking about these kinds of experiences.

Peer pressure is one of the best drivers to keeping you engaged, and being a part of something that you're working towards together is an important piece of it.

All in all, how do you reflect on where Seismic currently finds itself?

We're having a blast. It's an absolutely exciting time because of all these different opportunities.

And we are hiring, we're looking for great people, so if someone was looking for a fun home working on great cutting-edge projects, check out our jobs page.