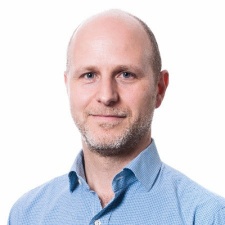 Pablo Fraile is the Director of Developer Ecosystems at Arm. At Pocket Gamer Connects Helsinki from September 11-12 he'll be giving a talk about Achieving Console-Like Experiences on Mobile. Click here for more info on the event and to buy your tickets.

Pablo Fraile is the director of developer ecosystems for the Client line of Business of Arm. In his role, he works with the mobile software developer community to increase the quality and performance levels of applications such as gaming, and drive the adoption of APIs and standards across new ones like machine learning and virtual reality.

Before joining Arm, Pablo worked at Frontier Smart in Cambridge. There, he fulfilled a number of technical and commercial roles before heading the product management team, where he directed their solution strategy and built partnerships with global players in content distribution, web and semiconductor industries.

A: Working with the developer community, in particular with mobile game developers, to drive and optimise performance of their applications. Arm’s processors are inside almost every mobile device, and our graphics technology is the most popular in mobile. We’re interested in making high quality, high fidelity content look even more incredible, smoother on every device. This means sharing the right techniques, tools and libraries with the developer ecosystem as well as addressing any issues they may have.

A: There are two exciting trends at the moment: on one hand, large publishers have started to take mobile as the centrepiece for their AAA game launches - see all the announcements at E3 earlier this year. On the other, the established mobile studios, as well as many independent ones, are having enormous success with their mobile-oriented titles. The bottom line is the industry is growing, not just in number of gamers, but also with new business models and opportunities such as mobile eSports.

A: It’s interesting to see some of the revenue figures and M&A deals we’ve seen over the last year. There is a lot of consolidation around the largest publishers, but also we see teams continuously spinning off those publishers to do their own thing. It’s a very alive industry, with funding for great ideas.

Similarly, we see an increase in cross-platform games being published, hence gamers can now enjoy the same game on their console as on mobile which is pretty remarkable. Yet this means that developers now need to pay even more attention to optimisation of content so that it runs smoothly on all platforms.

A: I think we those trends I mentioned earlier will continue next year. It will also be interesting to see how new technologies such as AR play out in the market once there’s enough critical mass. The mobile device is the playground to create new experiences for the new wave of headsets coming our way, but mobile in itself is already a great AR platform and some of the content being created in just a few months after the APIs are published is unbelievable.

A: Mixing with game professionals. Working in the tech industry, we tend to rely on events like this to get closer to the developer community so we get very excited about that. Also, I love Helsinki and it’s been more than 10 years since I last visited.