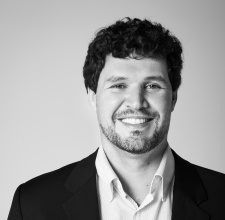 Carlos Estigarribia is the Business Development Director for Gazeus Games. At Pocket Gamer Connects Helsinki on September 11-12, he'll be part of a panel covering eSports in Brazil, and the opportunities for casual games in eSports. Click here to get more info on the show and buy your tickets.

Estigarribia is a Brazilian game industry veteran, who founded LocZ Games in 1996. It was the first studio to develop Advergames in the country. He also produced several games for brazilian music artists.

After selling LocZ to Playphone/Skyzone in 2006, he established Electronic Arts first studio in Latin America in 2008. Estigarribia was one of the founders of Abragames, the Brazilian Game Developer Association, and is currently Business Development Director at Gazeus Games, a leading mobile developer and publisher of classic and casual games

A: My role at Gazeus is to evaluate the trends in the mobile game market and see which of them can become new business opportunities for the company.

Attending tradeshows and meeting with studios is an important part of my job, but Business Development goes beyond finding good opportunities, so I do a lot of P&L analysis, contract negotiation and, after we select the new business opportunity, also supervise the execution.

A: Well, the main "revolution" that I'm seeing is how hybrid console/PC/mobile games are starting to become a trend for midcore/hardcore games. It's amazing to see how Fortnite and PUBg grew so fast. We can expect to see much more hybrid games in the next 12 months

A: I'm very excited to see the hyper casual trend as it's enabling smalls studios to compete again.

It brings back some of "romantic" times of premium mobile games, when small studios with interesting ideas could develop a game in 4 weeks and actually make a living out of it. We lost this after free to play became popular, but with hypercasual anyone with a good idea and execution, and the right UA partner, can be successful.

A: I believe we´ll keep on seeing a lot of M&A and investment activity, especially in the hypercasual and eSports areas

Also, we will start to see more games using elements of the blockchain technology, I'm especially interested in how game assets ownership will change the way we create consumables (IAP) in the games.

A: Being a business developer of course I´m looking forward to the b2b matchmaking, it's always a fantastic opportunity to meet with studios and partners. But as a gamer I'm also interested in the game pitches and to test as many games as possible.