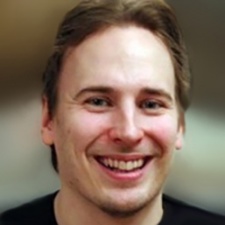 Teemu Mäki-Patola is COO and CMO of Frogmind. At Pocket Gamer Connects Helsinki on September 11-12 he'll be talking about Experiences from two real-time PvP game soft launches: Badland Brawl and Rumble Stars Soccer. Click here to get more info on the show and to buy your tickets.

Teemu Mäki-Patola is COO & CMO at Frogmind, an indie game developer behind the multi-award-winning BADLAND franchise with over 75M installs. Frogmind has two new PvP games, Badland Brawl and Rumble Stars Soccer, in soft launch and is working on a third unannounced game. Since Sep 2016, Frogmind has been in a longterm partnership with Supercell who owns 51% of Frogmind. Before Frogmind, Mäki-Patola was the co-founder and CEO for 8 years of a motion games and technology pioneer Virtual Air Guitar Company which made games for PC, PlayStation 3 and Xbox360.

A: Just when we had become accustomed to mobile games being different than console and PC games, we have now witnessed in a big way how the big products from the PC and console side can go big also on mobile. You can successfully play together in the same online world with different platforms. The hardware is converging and matters less and less. And there are many big and mature companies and IPs that are looking at mobile very differently than a year ago. It will get more and more competitive. And some of the companies and teams whose forte has been making the so called 'mobile experiences' might be up to a challenge when a wider range of experiences succeed there.

A: More and more the mobile generation hasn’t been playing hardcore games on hardcore platforms, but are able to accept these experiences on their phones & tablets. And all kinds of battle royale games. If you think of League of Legends, it IS the market for that kind of game, more than it proves that there would be a market opportunity there. Similarly, the current Battle Royale games might stand so firm that new copycats cannot penetrate. You basically have to win users over from those established games to succeed. And the longer they have been on the market, the longer they've had to improve their performance. What would be interesting to know, in order to estimate the speed of the transition, is how many of the Fortnite mobile players that spend money play it only on mobile.

A: To so many passionate game industry people getting together, and exchanging experiences and ideas on how to make better products for the players.