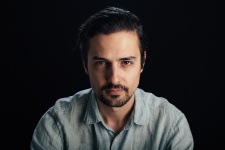 Mihai Sfrijan is Head of Studios at Amber. At Pocket Gamer Connects Helsinki on September 11-12 he'll be talking about what the gold standard for Live Ops is. Click here for more info on the show and to buy your tickets.

Mihai Sfrijan has been in the games industry for more that 15 years, going from covering the industry as a games journalist, to designing and producing games for EA and Jagex, running one of the first King studios, setting up his own indie team and, most recently, overseeing all of Amber’s development studios, including Live-Ops.

A: I’m overseeing all of Amber’s studios and coordinating all of our Product Owners/Producers. Amber is a bit of a novelty in the industry, as we’re positioning ourselves as an agency and we’re made out of separate internal studios focusing on different types of games or businesses (casual, mid-core, live-ops, BI... we try to cover pretty much everything that has a significant impact in the industry).

A: There have been a number of exciting new developments over the past 12 months, from hypercasual growing into a dominating force in the charts to real triple A quality games like Fortnite opening up the market to new audiences. It goes to prove that the market is both maturing and expanding in different directions, which is incredibly healthy for this industry. The fact that we’re talking about new genres that can come in and change the face of the industry goes to prove that there’s still room to grow and to experiment, with an audience that does not sit idly and play the same type of games, but enjoys discovering new experiences.

A: Looking back at the trends over the past few years, the market will probably continue to consolidate, with successful companies likely to increase their share of the market and with less surprises coming from independent developers or new genres making a dent in the charts. But, as we’ve kept seeing over and over again, we’re still far from reaching a saturation point so even if the trend points to less surprises, I’m willing to bet we’ll still be looking at a number of new types of games or new companies that will boss the market with new products 12 months from now. So, it’s important to understand where the trend is going but also to trust the capacity of this market to keep surprising us. Which, in the end, is one of the reasons we like the games industry so much.

A: Besides the famous Finnish saunas? Connecting with our friends from the industry and trying to gauge which trend will be the likely winner in the coming years.