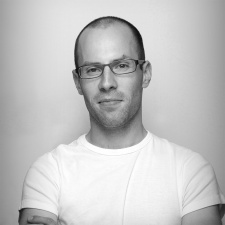 Peter Fodor is the Founder and CEO of AppAgent. At Pocket Gamer Connects Helsinki on September 11th to 12th he'll be discussing how to create a media plan for a mobile game.

Peter Fodor started in advertising at the renowned agency Leo Burnett but switched to mobile gaming at 30.

After running his own gaming studio, Fodor founded a mobile growth consultancy AppAgent which helps clients grow their user base and revenue.

Peter Fodor: Personally, I’m annoyingly passionate about all parts of growing the apps but my team is glad that as a CEO I’m mostly busy with new business, creating the best conditions for achieving great results, and building a network of contacts (ping me at Twitter @petrfodor if you want to meet at PGC).

It looks like there’s a massive gaming hit every year around the date of PGC in Helsinki. I remember the craziness around Pokemon Go back in 2016 when the Suomenlinna island was flooded by Pokemon catchers. The next year, HQ Trivia was just released on iOS and today it’s Fortnite and the battle royale genre. The pattern I see is “multiplayer games” and the clear shift from rather casual to truly competitive gaming over the years. It’s obvious why so many companies push hard on esports, just look at the recently announced Clash Royale League aiming at the gaming pros.

I see a trend of consolidation which can be compared to the movie industry. There are only handful of big studios which control the production of major movie blockbusters and then there’s an indie scene. The diminishing “middle class” is the result of growing demands on the production and marketing of games, where only 1% of publishers control 94% of revenues in stores. The above-mentioned trend of competitive gaming will only accelerate this consolidation trend. The cost for having a significant number of concurrent users is just way too high for most of the publishers out of the top 100.

The market will continue to mature as more publishers focus on game genres with a high potential for top 50 grossing. That will bring more multiplayer games, possibly true MMORPG games like we know from consoles and PCs. On the marketing side, I see that more publishers will have to solve cash flow issues coming from long payback terms which will naturally create new financial products as well as raising investors or financial services.

A: I’m always super excited when I enter the conference venue and feel the vibe. The second most emotional moment is the Big Indie Pitch, which reminds me the good ole’ days when I started as an indie myself back in 2011. It's always a nice wrap up for the two fantastic days up north.