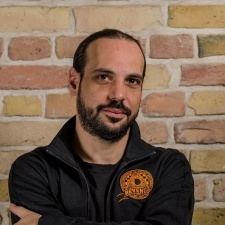 Roland Peters is Live Ops Manager / Mobile at Redlynx, a Ubisoft Studio. At Pocket Gamer Connects Helsinki on September 11th to 12th he'll be giving a talk entitled 6 Days to Live: In game event releases alongside weekly TV show episodes. Click here to get more info about the show and to buy your tickets.

Peters started out in tourism (Quality & Hotel Management), but switched to the games industry in 2010, out of passion. Starting out as a Product Manager in a small company importing & westernising Asian MMOs, he shifted to F2P mobile games in 2013, when he joined Kabam in Berlin.

There, he quickly discovered his talent & love for Live Ops & design, while he worked on monetisation & events for The Hobbit: Kingdoms of Middle Earth. He first became Regional Lead, then Global Product Lead on Dragons of Atlantis.

When Kabam closed its EU Office in 2016, he joined Ubisoft by moving to Finland and having the opportunity to build up mobile Live Ops at the RedLynx studio, getting to work on a project as exciting as the South Park mobile game.

Management knowledge transferable from tourism to gaming aside, he is an autodidact that learned most Live Ops practices from books, blogs, videos and hands on.

Aside from that I share P&L and roadmap ownership with our Producer, analyse & drive KPI in collaboration with BI, and oversee a group of people handling all things related to monetisation, feature optimisation and our multi-faceted event cadence.

Little (known) studios like Small Giant Games breaking through the blockade of the masses of titles and scoring a great success with Empires & Puzzles.

In the wake of the Star Wars Battlefront 2 fiasco and loot boxes / gacha systems being pulled under the regulation microscope in the West, people in Live Ops & Economy Design face the challenge of creating new methods to build a steady revenue stream in their F2P titles.

It is exciting to play your competitors games again in search of such ideas, to reverse-engineer the thoughts behind them.

With the raving success of Fortnite & PUBG, establishing Battle Royale shooters on mobile, we see a surge of "me too" attempts (and failures).

Mobile history repeats itself while jumping from genre to (new) genre: Kabam established city builder strategy games with Kingdoms of Camelot & The Hobbit, then came Clash of Clans surrounded by its copies, followed by Heroes Charge, and now Fortnite is the new Clash Royale, just wearing a different mask. What's next?

Enjoying the atmosphere of all these like-minded people converging in one place, hopping around between all the talks and sessions offered: the social aspect is the main attraction to me.