Speaker spotlight: Wappier CEO Alex Moukas on how to maximise revenue from your existing players 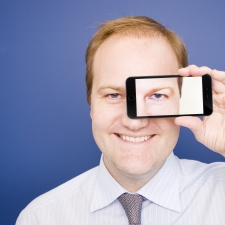 Alex Moukas is the Founder and CEO at Wappier, At Pocket Gamer Connects Helsinki on September 11th to 12th he'll be giving a talk titled 'Users Acquired… Now What? Maximizing Revenue from Existing Players.'

Click here to find out more about the show and to buy your tickets.

A serial entrepreneur, having started his first company at 17 and selling another at 27, Moukas took his company public in London at 33 and completed a NASDAQ IPO at 39.

He is an industry speaker to the likes of Bloomberg, CNBC, MWC and Mobile Marketer, and has been voted one of the 10 most important people in Mobile Technology Globally by Business Insider and a Top Global Leader under 40 by Global Telecoms Business Magazine.

He has authored a book on Artificial Intelligence published by Springer and has appeared in more than 50 publications in scientific journals and conferences.

Finally, the Wappier head holds 12 US and international patents in the fields of Mobile Technology and Artificial Intelligence.

Alex Moukas: I am the Founder and CEO of wappier. The company was founded back in 2015, and since then it has become the market leader of Intelligent Revenue Optimization Technology for App Developers, helping them increase their revenue and retention by 30 per cent to 50 per cent plus, using machine learning, predictive analytics, and deep data pooling.

We go beyond mobile advertising and user acquisition, focusing on how to better monetise through the existing users of a mobile game.

To be honest, I missed the last Helsinki show, so that’s actually the reason I’m super-excited to join this one.

I truly like the Blockchain addition and look forward to it.

Most significant gaming developments would certainly be tokenisation of mobile and building games on blockchain, esports and user-generated content domination, along with the more apparent than ever growth of one-click hypercasual games and instant messaging.

The industry is growing rapidly and the future seems more exciting than ever.

I think the upcoming months will be months of post-acquisition focus.

The industry has been getting more sophisticated than ever the last years in areas like attribution, push messaging, and, of course, new user acquisition.

But, what happens after? Gaming companies have become the biggest media owners of this decade and might need to start focusing on quality rather than quantity to achieve organic, engaged, and loyal advocates, their existing players.