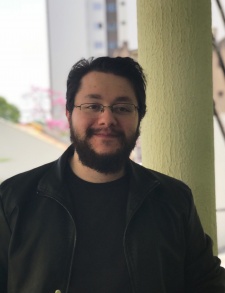 Game-Aficionado since 1998, owner of a degree in Computer Science since 2014, and acting game designer since mid-2017.

Working in the industry since 2012, Pedro Rauiz Estigarribia Gestal has been a part of multiple projects of different types: from training simulators to mobile games (client and tools development). He moved towards Game Design in 2017, due to his background as a card game fan matching the needs of the project the company had started.

Once he jumped into Game Design, his Computer Science background and understanding of games from years of avid engagement with post-mortems and dev-blogs turned out to be incredibly useful.

Most of his time since then has been spent on getting up to date on the aspects of Mobile gaming he wasn't familiar with and optimizing ways to work with a small team of Game Designers in large simultaneous projects.

I oversee, guide, and participate in the design of new features for our projects. I also handle communication with other teams, in particular the Engineering team.

A lot of the boom and hype regarding the industry in the last 12 months focused around the Battle Royale genre and the attempts (and some successes) of several big-name companies to launch a mobile esports title.

While the potential of esports is undeniable, I personally believe the Battle Royale genre might still have several variations that remain unexplored.

I believe that with the growing complexity of mobile games (the rise of mid-core and the search for more complex alternatives), gameplay-wise we might see an uptick in games that range between casual and midcore as well as midcore and hardcore.

Another technology that is likely to become mainstay is the use of Machine Learning to identify, classify and target players with offers that are both enticing and lucrative as well as guide design decisions for features and balancing.

A: Since the event connects the main players in the market with the best companies to meet their needs, I'm mostly excited to do some networking and present our games and services to the mobile game-dev community.