Jobs in Games: Gismart's Andrey Savitsky on how to be a sound designer 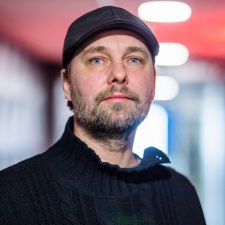 As part of our UK Special, we caught up Gismart sounder designer Andrey Savitsky.

PocketGamer.biz: How did you first get into games and how did you progress into this role?

Andrey Savitsky: I entered the games industry by joining the Frankfurt office of an international gaming company as a senior graphic designer. I was happy to dive into the exciting world of triple-A game development.

Whilst there, I also grasped invaluable knowledge about the many different facets of game making. I met a lot of talented developers and this is how I eventually realised my lifelong passion for electronic music and sound design.

I subsequently created my own app which gained media attention. Following which I was discovered by Alex Minets, co-founder of Gismart. Eventually, I was invited to join Gismart as a product concept and sound designer. I launched Gismart’s highly successful beat making product line, with an app that is now known as Beat Maker Go.

With music-based products, there is always room for improvement and a desire to create more interesting and fascinating sounds and effects.

Whilst working on Beat Maker Go, I’ve also been involved in sound engineering and product infrastructure. I created a toolbox for sound processing from scratch and I’ve worked extensively on audio effects modelling. My role has been more like that of a sound designer.

Whilst in a small team, one gets very exposed to the many sides of product creation - from competition research to technical implementation.

We wanted to stand out from the competitors, especially sound-wise. With music-based products, especially beat making products, there is always room for improvement and a desire to create more interesting and fascinating sounds and effects.

When I graduated back in 2001, there were numerous diverse and interesting technology jobs to consider.

Music is my passion, combined with an interest in the games industry. I guess the secret is that I never had money on my mind, so I chased my passion, which also happens to be my hobby.

Can you tell us about your current role and what it entails?

For the last six months, my focus has been on Beat Maker Star, our latest beat making game. It’s a gamified version of Beat Maker Go, a rhythm game with an eclectic library of music tracks based on EDM, House, Trap and other electronic dance genres.

Alongside experiencing and interacting with their hit music content, game users can engage in competitions to win exclusive merchandise and concert tickets.

Personal development is key. You need to stay on top of your game and constantly learn about new tools and technology all the time.

Personal development is key. You need to stay on top of your game and constantly learn about new tools and technology all the time.

You can choose to go deep in one particular subject, but I think it is necessary to have a broader outlook at the industry and expand your knowledge horizontally.

I still love seeing our users excited about the apps which Gismart makes. I personally love to read when users enjoy the audio effects in Beat Maker Go, or get a thrill out of a beat loop in Beat Maker Star that I personally created.

I also particularly like the feedback from our hardcore fans, users that love exploring all the functionality to its core. These heavy app users give us great advice and recommendations, which helps a lot with product development.

I think the main misconception about sound designers is that many think that it’s all about creativity and music, but in reality the role is a very technical and intellectual, requiring qualities such as perseverance.

But of course, one needs to have developed professional skills such as the ability to code well.

Gismart product manager Vera Rabkina will be a speaker at Pocket Gamer Connects London 2019, which takes place on January 21st to 22nd.