"I really feel myself comfortable there" 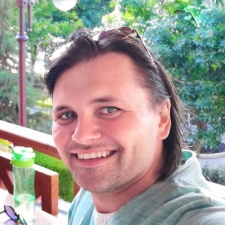 Taras Terletskyy is a composer and sound designer at his studio Sample Rate Audio Production in Ukraine. He started to work in games in 2014, and has since made sound and music for many independent developers.

At Pocket Gamer Connects Digital #1, Terletskky will be talking about "Final Sound Polish in Unity", a talk for programmers and game designers when they have to solve their sound problems without a sound designer or special software.

Ahead of the conference, we caught up with Terletskyy to discuss why he loves working in the industry and what has changed for sound designers since he started.

PocketGamer.biz: Tell us a bit about your company.

Sample Rate AP was founded in 2006 like a recording studio. In 2014 I decided to dive into a game sound. From that time I became a professional Sound Designer and Music Composer for games.

Cause it's fun and I really feel my elf comfortable there - it is a very unique industry, different from showbusiness, movies and theatres.

It is fun but not so simple as you can think from the first look!

I can say that I miss a spirit in AAA projects like it was in WW2 or in Duna, Doom 2... Maybe the market rose too quickly, but there was the time of heroes.

Oh! A lot. For example when I was starting my career there was no sound implementation software. This industry changes very quick.

Networking. Cause I want to try myself in different genres of games!