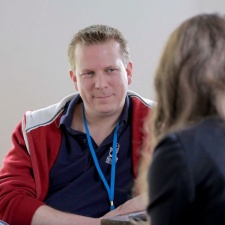 Dieter Schoeller is the CEO and founder of Headup Games, a German indie games publisher established in 2009 which has worked on titles such as the Bridge Constructor series, Super Meat Boy, Terraria, and more.

As part of Pocket Gamer Connects Digital #2, Schoeller will be joining a panel of experts to discuss what will inspire the next big thing in gaming.

Ahead of his panel, we spoke to Schoeller to discuss his advice for anyone looking to join the games industry, and what being the CEO of a publisher really entails.

PocketGamer.biz: Tell us a bit about Headup Games.

Dieter Schoeller: Headup Games has published over 130 games, including many projects from highly talented developers that are known for their potential and creativity. The company’s portfolio features high-quality games such as Super Meat Boy, The Inner World, The Binding of Isaac, Terraria, Limbo and many more as well as the million sellers #1 iOS Hits The Inner World, Bridge Constructor and Bridge Constructor Portal.

Not dropping any balls.

To me, gaming combines the best traits of all the different media and entertainment formats.

Subscription will come. VR and AR will blend into one. Streaming will still have a tough time when it comes to games.

The biggest change is still the switch from retail to digital. But over the last 15 years, there have been so many great innovations, it's hard to pick something specific.

More insights into current trends, a lot of smart people picking their brains.

Dr. Tommy Thompson on why he turned his attention to AI in video games