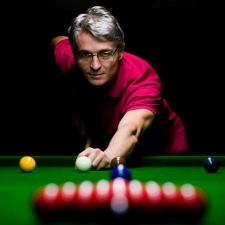 Pocket Gamer Connects Digital #2 2020 will take place from June 8th to 12th, 2020. To give you a taste of what to expect, we'll regularly be publishing interviews with the speakers at the show.

For more details on PGC Digital #2 and to book a ticket, head to the website here.

In this speaker spotlight, we caught up with Geewa CEO Milos Endrle, a prominent mobile game developer in the Czech Republic. Before founding Geewa, Milos worked for 15 years on projects for banks and telco operators as a business developer in one of the top software houses in the Czech Republic. Geewa most recently launched PvP multiplayer Smashing Four for mobile devices.

Milos Endrle: Geewa is a multiplayer mobile games developer based in the beautiful city of Prague since 2004. We connect creativity, technology and data to create unique, long-running games for everyone.

I am the founder and CEO of the company. My role is the lead director of the whole studio to design recognisable, unique PvP games which will be played for years.

I like the combination of creativity and technology, and how close we are to our end customers – the players.

Play games of all types. All games will contribute. Be open. Don't be afraid of failure, but understand its value. Keep learning, while also understanding the value of others.

The mobile games market grew completely mature. Game studios are now becoming a part of the big game developers' brands portfolios – benefiting from their services and data. PvP and hypercasual games are growing, as well as cloud and streaming services are on fire.

I am looking forward to seeing mobile games connected with the real world. I expect that with esports, AR and live events, we will be significantly closer to it over the next few years.

A lot! Since 2005 the business grew up, with mobile games are now part of the mainstream. Platforms have evolved - everything is now in the cloud-controlled by data. A new group of players emerged – casual mobile gamers – who are valuable just like the console and PC players.

For me, the best are the presentations with lots of data, which are the spice for the networking which follows.

"Working remotely is part of the culture in our business and for the mobile game industry," says Geewa CEO Miloš Endrle

PGC Helsinki: Marek-Martin Matyska will be talking about game design for competitive gaming and more