“Mobile and free to pay have become a lot stronger, players are more used to them, understand the business, and are willing to support developers who make the games they love.” 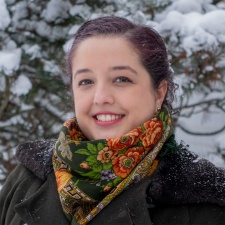 A geek, a gamer, and an entrepreneur, Ana Toledo has been working in the gaming industry for 5 years. Starting her road as a customer support specialist, she rose to executive level being the current COO of Unicorn Pirates Studio - The Queer rebels of gaming. She is also the CEO of FXPS Services, a QA and CS company based in Estonia. Toledo’s personal mission is to transform the gaming industry into a more inclusive environment to all sorts of people who, like her, are passionate about games.

Toledo joins us for Pocket Gamer Connects Helsinki Digital 2020 where she will be talking about the company culture at Unicorn Pirates Studio and the steps they have been taking to make their working environment toxicity-free.

Before the event takes place next month, we caught up with Toledo to see what’s changed in the games industry since she joined, and what trends she expects to see over the next 12 months in the industry.

PocketGamer.biz: Tell us a bit about Unicorn Pirates Studio

Ana Toledo: Unicorn Pirates Studio was born out of an intense desire to inject some much needed diversity of faces, voices, genders, and origins into games. It wants to become the voice of players and developers who haven’t had one. Established in 2018 by three women wanting to see big changes in the gaming industry, the unicorn pirates are here to disrupt the status quo with a new culture of empowerment and belonging. It is truly a studio built on values.

I oversee all administrative and daily operations in our small gaming studio. This means that I have to touch base with all teams, make executive decisions and long term plans for HR, finance, marketing, business development. I also support team leaders on development decisions and work to ensure that the company stays true to its values.

I have always been passionate about games, story-telling, and active forms of entertainment. While I was still doing my master's degree in Finland, I finally managed to join the gaming industry. I ended up becoming an entrepreneur since I was not very happy with the way the participation of women and other marginalised groups were being taken in the industry and amongst players.

Play lots of different types of games on a variety of platforms. Study regularly and internalise that the industry changes rapidly and you need to keep up with it. Don't get discouraged by anyone who tells you this is not your space. The gaming industry is the space with everyone with passion for games.

Mobile and free to pay have become a lot stronger, players are more used to them, understand the business, and are willing to support developers who make the games they love.

COVID-19 hit small developers very hard. Price of CPI increased greatly and publishers have been more careful in signing off deals. I have seen many great studios close their doors which is very sad.

Mobile and free to pay have become a lot stronger, players are more used to them, understand the business, and are willing to support developers who make the games they love.

The networking, meeting other indie developers, share experiences, meet investors. I am also very interested in the concept of the IGDA mentor cafe and learning more about blockchain.