“There is strong potential for innovation with the integration of video chat and games. I also feel a very strong player could emerge in the ‘metaverse’ space.” 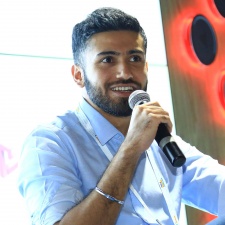 Karan Khairajani has been an entrepreneur in the games industry for the past seven years. Currently, Khairajani is a co-founder at Firescore Interactive, a hyper casual gaming studio from Mumbai, India. They recently partnered with CrazyLabs to set up CrazyHubs India. Before starting up Firescore Interactive, Khairajani ran another independent gaming studio called All in a Days Play, focused on making trivia and casual games for western audiences. Over its lifespan, the game mustered over 20 million downloads across the portfolio.

Khairajani joins us for Pocket Gamer Connects Helsinki Digital 2020 where he will be sharing the story of Firescore Interactive, and how it went from a prototype to a hyper casual gaming lab.

We caught up with Khrairajani before the conference takes place next month to see how the industry has changed since he joined, and what trends he expects to see over the next 12 months in the industry.

PocketGamer.biz: Tell us a bit about Firescore Interactive

After releasing my first ever game back in 2013, which was a football themed trivia app, I got addicted to the business of games

Karan Khairajani: Firescore Interactive is a game development studio based in Mumbai (India), focused on creating hyper casual games. The team comprises 12 members and overall has several years of industry experience. My co-founder, Surojit Roy, has been a games industry entrepreneur since 2011 with ventures covering e-sports and casual gaming sectors. Our Lead Games Developer and Games Artist, Siddhesh Dhopatkar and Ravish Dhanawde, have been producing magic in the industry for more than seven years. The team has stuck it out together through thick and thin, and has achieved over 75 Million mobile game downloads till date. We have been in love with the hyper casual genre even before hyper vasual went mainstream. Our latest hit was the Christmas 2019 #1 mobile game, Soap Cutting. We recently started up a hyper casual gaming hub in India, in partnership with CrazyLabs. CrazyLabs has always seen India as a high-potential market in terms of game development talent. Through this partnership, CrazyLabs now has on-ground presence in India with a studio that is deeply rooted in the Indian game development scene. The focus for this partnership is to work closely with the amazing talent in India and give them worldwide exposure.

At CrazyLabs India (Firescore Interactive) my role is to identify Indian gaming studios and to work closely with them to produce worldwide super-hit hyper casual games. Having been an independent developer for the past several years, I have first-hand experience of the challenges faced by indie developers. This puts me in a good position to use CrazyLabs’ amazing expertise to nurture talented development studios and help them become successful. Besides this, I am also overlooking the development of in-house games.

There are many tools available that will help you track what games are performing well, and what kind of games have already been done

I have always been passionate about gaming ever since I was a kid. I would always wonder how games are created, and be immensely fascinated by these amazing virtual worlds. The main trigger for me wanting to learn how to make games was the FIFA series. I was absolutely addicted and it became my dream to be part of the FIFA production team. Eventually I ended up doing my bachelor’s degree in Games Design from University of Gloucestershire, UK. After releasing my first ever game back in 2013, which was a football themed trivia app, I got addicted to the business of games, not because the app did well, but just from the feeling of knowing that people around the world are playing something that you have created from scratch(and with love).

1. Do your market research. There are many tools available that will help you track what games are performing well, and what kind of games have already been done. Play all of these games. Pick a genre and identify the target market. Build your game with the target market in mind.

2. Start with a small project and try to release it as soon as possible, ideally within three months. Longer projects lead to frustration and it may even lead to the project never being released, which can be very discouraging. Also, post release, learning to analyse data is less overwhelming with a smaller game. So don’t try to build an FPS Battle Royale for your first project. Build something small, release it and get market experience.

“There is strong potential for innovation with the integration of video chat and games. I also feel a very strong player could emerge in the ‘metaverse’ space.”

Looking at hyper casual specifically, the quality of games being published in terms of game design and art has dramatically improved. This makes it all the more important for developers to innovate. The feeling of ‘hey, there is a game like that already!’ has hit hyper casual. So it’s definitely become more challenging to do something unique. But at the same time, the challenge is the fun part. Never before have so many publishers been looking to work with game developers. That’s a great thing for the game dev community and we have hyper casual to thank for this. For the India market, real-money gaming has been the stand out genre. This space was traditionally dominated by Fantasy Sports and Card games, but it has finally expanded to casual games too. Many real-money gaming platforms have emerged and picked up investments. It’s very interesting to see Indian gamers competing at high-score chasers to win cash prizes. In the long term, this has the potential to help improve monetisation with Indian users.

I am a huge fan of the way Snap has coupled Bitmoji with games. Bitmojis now coming into hyper casual is very cool. I can see Bitmoji avatars become a common part of various hyper casual games, eventually helping publishers with better engagement. Snap has the potential to do very interesting things with Bitmojis and we will see more integrations with several games. Another thing I feel is that we will see more social multiplayer games being released. Due to social distancing and WFH becoming a norm, there will be more games released with an aim to provide a hangout spot for friends. There is strong potential for innovation with the integration of video chat and games. I also feel a very strong player could emerge in the ‘metaverse’ space. Roblox has already created a metaverse experience for children and teens. Something similar could emerge for a casual adult audience and go mainstream on mobile.

Today, it’s extremely difficult for an indie studio to become successful without the help of a publisher or a huge marketing budget

One major thing that has changed now on both iOS and Google Play is that it’s become much harder to gain organic installs. This is of course due to the stores being overcrowded. When I started out back in 2013, the app store was comparatively less crowded and thus with the right ASO practices, it was easier for games to grow organically. This helped a lot of independent companies grow at that point. Today, it’s extremely difficult for an indie studio to become successful without the help of a publisher or a huge marketing budget. This brings me to my second point. It’s easier to reach out and connect with publishers today, as opposed to five or six years back. The number of publishers have grown, especially in hyper casual, and they are always on the lookout for talented game developers, which is really encouraging for the game dev community.

I am really looking forward to networking with various attendees virtually. It’s always interesting to connect with industry folks from different sectors and learn from their experiences. Hoping to provide value and form good relationships. Besides that, I am very excited to check out the games being entered for the Big Indie Pitch. It’s inspiring to see the innovation coming from indies and the Big Indie Pitch provides a great platform for indies to showcase their work.