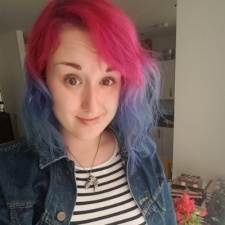 2021 is now well underway and the latest Pocket Gamer Connects Digital is set to bring together some of the finest voices in the games industry and beyond.

The conference spans five days and will feature a broad selection of tracks, talks and speakers, as well as various fringe events and the return of our meeting system. For more details on the event and to book a ticket, head to the website.

For today's spotlight, we spoke with Rebellion employer brand and community exec Abbie Dickinson, a marketing, communications and social media professional with over five years of experience - two of which are in the games industry. Dickinson will speak on why marketing your studio is just as important as marketing your games.

Abbie Dickinson: Rebellion is a leading developer and publisher of games, as well as being one of Europe’s biggest independent studios operating across books, comics, TV and film.

Our Sniper Elite series is renowned for its authentic stealth and sniping gameplay with more than 35 million players worldwide. The Zombie Army franchise is a spine-chilling zombie shooter and the soon-to-be-released Evil Genius 2 is a satirical spy-fi lair builder where you are the criminal mastermind. And those are just the projects you know about - there is much more.

I spend a lot of time creating staff-focused content to share with the world to give them an insight into what working at Rebellion is like. I manage our corporate social media accounts, organise and spearhead a lot of our internal comms and culture work to make sure that the impression we're giving to the outside world matches the culture we have internally.

Also, I am a point of contact for external events organisers, universities and charities to get our staff involved in important works outside of the studio.

I have always loved video games, but it never occurred to me that I could work in them when I was younger. I think I had this image in my head of them just popping out of the ground as fully formed games I could play.

I ended up getting into marketing and PR working for a personal finance app and although I loved the work, I decided that if I was going to spend my career talking about a product, I wanted that product to be something I was passionate about.

So I sought out the games industry, ended up landing a job at a third-party service provider for the industry, volunteered my time at events, helping out with games industry awards etcetera and then finally took the step into the industry-proper at Rebellion six months ago.

Do your research, ask people, try things out - game development has never been more accessible - there are so many roles available in studios nowadays.

Be focused on what you actually want to 'do' in the industry. I hear from so many people that they don't know what they want to do but they just want to work in the industry, which is great. You know where you want to be, but people inside who might be able to help you can't point you in the right direction, help with resources, suggest people to contact, unless you have an idea of where you want to sit in a games studio.

Do your research, ask people, try things out - game development has never been more accessible - there are so many roles available in studios nowadays.

It has been amazing to see how the industry has flourished despite COVID-19. I think this has proven once and for all that games are a mainstream cultural art medium that should be taken just as seriously as film, TV, music, books etcetera.

The industry has also shown its resilience in being able to develop and release amazing games with whole studios working remotely. This can't be said for other mediums, such as film and TV which have obviously struggled more - but the games industry and the people behind that industry have shown their flexibility, adaptability and tenacity in quite difficult circumstances.

Flexible working will become the norm. Whether you love it or hate it, working remotely has proven it can work for the industry. I think a mix of smaller studio spaces with devs doing a mix of WFH and a couple of days in the studio will be the norm - and studios will have to adapt to this.

We've seen it more and more with the competition for UK game talent the highest it's even been post-Brexit, studios are going to have to offer more flexible working arrangements. This is a positive thing for everyone; it will remove barriers that were there for people with physical disabilities, people with childcare responsibilities, people who just can't afford to live in central London. I look forward to seeing what the games industry looks like in 12 months.

Unfortunately, there's been a lot of revelations of harassment towards women in the games industry in recent months. As much as it is horrible and disheartening to see that these sorts of things still go on and women are still such a minority in the industry, it's heartening to see the conversations going on around it.

How the diversity question isn't even a question anymore: men and women alike are talking about diversity, gender, POC, neurodivergence, disability and otherwise. How it is integral to how studios grow and develop in future - anyone not focusing on this is being left behind. The communities and support have flourished in the games space and we can only hope that these kinds of revelations become a thing of the past.

My talk! I'm joking - there are a number of very interesting sounding panels I can't wait to dip into and the networking opportunities online in a world without in-person events is invaluable.

Speaker Spotlight: Why Misc Games CEO Gøran Myrland believes social games will increase even more over the next 12 months

Speaker Spotlight: From the Commodore 64 to Amico, over 40 years of development with Hans Ippisch