“Cross Platform play has blossomed, which is great." 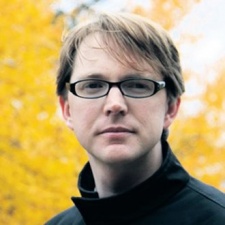 Joseph Knowles is a writer and narrative designer at Rovio Entertainment.

His narrative work on games includes Arkanoid Rising, Supernatural City (now in soft launch) and a forthcoming Angry Birds title. He has also held other positions in marketing, PR and developer relations at Rovio and its subsidiary, Hatch.

Prior to entering the games industry in 2015, he worked as a journalist, filmmaker and communicator in Finland, the UK and the US.

Knowles features on a panel at Beyond Games which discusses whether we have to give up on tradition in order to succeed in the future.

Before the brand new online event explores the intersection of games and other creative industries next week (May 10th to 14th), we caught up with Knowles to see which innovations in the creative industries have impressed him and how games contribute to other media.

PocketGamer.biz: Tell us a bit about your company

Joseph Knowles: Based in Finland, Rovio is a global, mobile-first games company best known for the Angry Birds franchise.

But we’re also working on other IPs – such as Supernatural City, a narrative-driven puzzle game that is now in soft launch and my primary focus right now.

As a writer and narrative designer, I help design game systems that deliver narrative context, progression and motivation to the player, while also authoring the narrative content itself - e.g. characters, locations, stories, cutscenes, world lore and so on.

What do you think games can contribute to other media?

I took an idiosyncratic path into the games industry, quite late in my career otherwise, but what attracted me was the unique mix of art, entertainment and technology, and the staggering array of different skill sets that teams must marshal to get products off the ground. There's no other business like it.

My own varied experience leading up to what I do now will not be that useful to anyone just starting out, I'm afraid. One thing I would recommend though is to develop your taste; really think about what games you like and why you like them. How did the developer make that game? What choices and tradeoffs did they have to make to get there? What design rules led to that outcome? Educate yourself, be open, be humble.

I'd also encourage anyone to just work on whatever they can and be as self-directed as possible. Take the punk rock route and make your own indie games if you have to. Just by getting your hands dirty on something - anything - will be a good indicator of whether this industry is right for you.

Six years is not a long time in most industries, but it's an eternity in games. The mobile revolution was already in full swing when I first joined Rovio in 2015 and I remember a lot of voices at the time predicting a slow, terminal decline of the PC and console segments. But that segment is not only here to stay, it has boomed and kept pace too.

Cross Platform play has blossomed, which is great. In the free-to-play world, games like Fortnite have changed the way mobile publishers think about F2P monetisation for the better, I believe.

What innovations in games have impressed you in recent months?

Well, obviously a lot of people turned to games and other digital entertainment during the pandemic. I will leave the business analysis of that phenomenon to others. What I will say is that my current project was created almost entirely in a remote work environment, from idea to prototype to soft launch. I'm amazed by my colleagues and proud of what we've been able to create together, despite not seeing much of each other face-to-face.

Apple's new privacy policies are obliging mobile marketers to think differently about user acquisition for F2P mobile games, which of course has consequences for F2P game design itself. I know some people are howling, but ultimately what Apple is doing is healthy and good for the industry - and most importantly, good for players.

Otherwise, I was part of (Rovio subsidiary) Hatch's cloud gaming experiment and I'm still blown away when I think about the creative possibilities of designing entirely cloud-native games – persistent worlds, deeply social mechanics, new forms of co-op play, multi-camera spectating and so on. It may take more than 12 months, but the player value is there and cloud gaming on mobile will go mainstream sooner or later.

I'm probably most looking forward to the Technology 3.0 and Future Visions tracks. The former looks to be detailed and practical; the latter will necessarily be almost entirely speculative. This industry is all about getting deep into the technical weeds, while simultaneously keeping at least one eye on the stars.

To hear Knowles discuss the past, present and future of video games next week at Beyond Games, make sure you book your ticket now. Mid-Term prices offer savings of up to $140, but hurry - the offer ends at midnight THIS THURSDAY, May 6th.