“UGC will become a feature studios optimise and plan for early, as monetisation further shifts towards content and events” 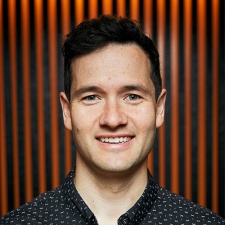 Pioneering adoption of mods and UGC has been a driving force throughout Scott Reismanis’ career over the past two decades.

Frustrated by the difficulty players faced in discovering mods, Scott founded ModDB.com in 2002, a community that gives creators a place to collaborate and share mods.

This new venture provides UGC as a service to studios and publishers, allowing them to launch their own creator communities. mod.io now supports over 55 games across all major platforms, enabling studios to explore UGC as a new business model - perfect for modern, cross-platform titles that value original content and creator economies to drive long-term player engagement and success.

Reismanis hosts his own seminar at Beyond Games where he will discuss the importance of UGC communities for game studios.

Before the brand new online event explores the intersection of games and other creative industries next week (May 10th to 14th), we caught up with Reismanis to see which innovations in the creative industries have impressed him and how games contribute to other media.

Tell us a bit about your company

mod.io enables game studios to launch cross-platform UGC and mod support, using SDKs and APIs built for Unity, Unreal and other custom engines. We solve the sharing, discovery and moderation of user-generated content, and help studios grow their creator community in-game and out. mod.io is live in 55 games across PC, console and mobile, powering over 100 million mod installs annually.

Our focus is on the future of UGC, providing insight and metrics to engage creators and inform studios, and enabling the wider adoption of creator economies within games.

As co-founder and CEO, with a long history in modding and UGC, my strengths lie in the product.

Understanding creator communities and working directly with studios to deliver the best possible UGC platform for their players is at the core of my day-to-day activities.

Modding and UGC is an incredible way to kickstart your career. It offers a unique chance to collaborate with like-minded individuals

What do you think games can contribute to other media?

My career in gaming started in 2002, when I launched ModDB.com. I always loved the creativity that happens when players mod games, and I wanted more people to experience that same joy every time I discovered something new, amazing, or crazy to play.

This is still the driving force behind everything I do, building creator communities and platforms like mod.io, which are designed to encourage collaboration and make mods and UGC more accessible, and a much more significant part of the strategy and success of games.

Modding and UGC is an incredible way to kickstart your career. It offers a unique chance to collaborate with like-minded individuals and explore new ideas or concepts on already popular and proven games.

Best of all, shipping a mod is extremely rewarding and is a skill that’s extremely well respected and valued by recruiters because it shows your ability to take an idea from start to finish, no matter how small or ambitious.

Twenty years ago digital distribution didn't exist. You had to build your own engine from scratch, innovation was mostly focused on graphics and physics, and gameplay genres were not as fluid (I played so many deathmatch FPS games). Today, game development is more accessible than ever, reaching a massive audience is possible for studios of all sizes, and everyone has access to the same tools.

The games industry is so much healthier and diverse as a result, which is great as both a consumer and a creator - I’m not sure there is an industry with more opportunity and expansion ahead of it than gaming.

Subscription services will continue to expand and studios that can release their games cross-platform will have the most opportunity to tap into massive audiences and benefit from the different business models available.

UGC will become a feature studios optimise and plan for early, as monetisation further shifts towards content and events, while creator communities are shown to be a powerful way to realise the potential and leverage large subscriber bases. We already see this in the UGC metrics of games we are working with.

Definitely the talks! Hearing from industry experts, and the decisions that lead to their success (or failure), and the valuable lessons learned along the way, are very inspiring to me.

To hear Reismanis discuss the importance of UGC communities for game studios next week at Beyond Games, make sure you book your ticket now.

Ensuring the inclusion of people with disability in gaming and esports, with Big Karma's Pascal Clarysse