EverdreamSoft CEO Shaban Shaame on the value of NFTs in games 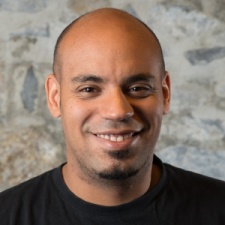 Shaban Shaame is the founder and CEO of EverdreamSoft, a Swiss-based company that is pioneering the use of blockchain technology in the global games industry.

Shaame has over eight years of experience in what he calls the 'blockchainisation' of digital assets. He is considered one of the fathers of the non-fungible token (NFT) and is a founding member of the Blockchain Game Alliance.

Shaame is one of over 250 industry leaders and pioneers speaking at Pocket Gamer Connects Digital #7, which takes place from July 12th to 16th 2021. The PocketGamer.biz team spoke to him about the company's work in NFTs and the topics he'll be discussing at the event.

PocketGamer.biz: Can you tell us more about your session at Pocket Gamer Connects Digital #7?

Shaban Shaame: I'll be talking about why and how we decided to build our blockchain agnostic NFT solution. If you’re familiar with blockchain, you know the tribalism that reigns among supporters of different technologies. Choosing to build on a particular blockchain is more often an emotional, rather than rational choice.

Each public blockchain is not only a technology but also a political and social structure. Let’s imagine it as a country-nation system. Assuming this metaphor, deploying software on multiple blockchains can be similar to establishing a business on an international level, rather than focusing on a national market. A company going international has to accommodate multiple regulations, cultures and markets.

Before the age of the internet, our activities were very tied to the ground where we are located. Now it’s different. We believe people all over the world will opt-in to one or several 'blockchain states' to govern their online activities. There will not be only one winning technology or governance system, but as many as there are diverse community governance beliefs.

Our goal is to provide tools for individuals and companies to manage, create, tokenise, and exchange game assets on an inter-blockchain level. I will give you a glimpse behind the scenes to explain how we are tackling this challenging matter.

In that context can you give us more background on your EverDreamSoft and what it does?

EverdreamSoft (EDS) is a swiss-based company founded in 2010 as a game studio. Since 2014 EDS has been pioneering the integration and use of blockchain tools in the domain of games and digital collectables.

In 2015, we organised one of the first-ever initial coin offerings (ICOs), the BitCrystals token sale, in order to fund the development of our mobile game Spells of Genesis.

As CEO what is your day-to-day role?

Being the CEO of a small company is not a clearly defined role. I’m doing a bit of everything from the strategic decisions, financial management but I’m also the lead developer.

However, my favourite role is as a visionary. I love to let my creativity express itself and I’m the one who brings constantly new ideas and projects.

I have always been passionate about games and game development! I also like to think outside the box and I’m a great 'techno-believer'.

I developed my first game, Moonga, during my studies and launched it right afterwards. Its success filled me with even greater enthusiasm and I have not stopped exploring new technical solutions since.

What advice would you give to someone who wants to work in the games industry?

What are your thoughts on the impact of the last 12 months on the global games market?

This is specific to blockchain gaming, but we can see that blockchain technology is maturing and becoming more solid. As blockchain enthusiasts, we at EverdreamSoft are very happy to see this trend.

Can you share your predictions for the next 12 months in the world of games?

I believe that the border between creators and consumers will become thinner and thinner. We're tending towards a paradigm shift, where users become more 'consum-actors', actively contributing to their favourite game projects.

How has the games industry changed since you joined it?

A lot. When I released Moonga back in 2009, it was one of the first games available on the App Store. Mobile games development was in its infancy. Look at it now.

What part of Pocket Gamer Connects are you most looking forward to?

Shaban Shaame is just one of more than 250 incredible speakers taking part in Pocket Gamer Connects Digital #7, which takes place online from July 12th to 16th 2021.

Find out more and book your ticket now.