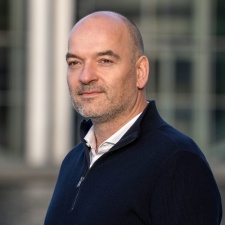 Thomas Fellger is the founding partner and CEO of Icon Group, who oversees two entities: Icon Impact, an international innovation agency, and Icon Ventures, a $30 million venture capital fund all about putting capital into traditional companies to reinvent their business models for the future.

Additionally, Fellger acts as the CEO and chairman at Veritas Entertainment, which builds venues for the esports and games industry, while serving as an advisor to the UN General Assembly and a number of other startups.

Ahead of Pocket Gamer Connects Digital #7, we spoke to Fellger about his work, what he'll be discussing at the event and his thoughts on the future of the global games market.

PocketGamer.biz: Can you tell us what you'll be covering at Pocket Gamer Connect Digital #7?

Thomas Fellger: I’ll be talking about the future of gaming and the merging of digital and physical entertainment formats.

From Veritas, a global network of esports and gaming entertainment venues, to Das Race, a brand-new entertainment format that blends the physical aspects of traditional remote control (RC) racing with the virtual world of gaming, I’ve pioneered entertainment formats that merge both digital and physical worlds. I’ll be sharing more about Das Race, Veritas and why creating a tangible experience should be at the core of entertainment.

f you really believe in something, you have to take that belief and turn it into execution.

You wear a number of different hats within the games sector, can you explain what your roles are?

As CEO of Icon Group, I have been at the forefront of innovation, enabling our clients and empowering our team to defy convention and push for groundbreaking work.

As CEO of Veritas Entertainment, I carry out our mission to build the best esports and gaming venues in the world. It enables communities to experience esports like never before, by creating permanent facilities that are not only for professional teams to practice, but also a hub for entertainment, collaboration and connection.

Why did you decide to join the games industry?

Although we are still at the beginning of the industry’s potential, I knew early on I wanted to be a part of its growth. What attracted me to the games industry was its powerful ability to transform a variety of industries and being able to witness non-endemic brands integrate seamlessly into the space to bring new value to the industry.

It’s been fun to watch gaming take over the entertainment world from movies and TV to music and professional sports.

What advice would you give to someone interested in getting into the games industry?

I believe the two major characteristics a person needs to not only break into the industry but also to thrive are passion and perseverance. You can’t always rely on people to share your vision. If you really believe in something, you have to take that belief and turn it into execution.

What are your thoughts on the changes in the industry over the last 12 months?

The last 12 months have been transformational for the games industry, as COVID-19 accelerated developments in every area and more people became interested in the media as a way to be entertained while staying safe.

I believe this accelerated adoption of games didn’t happen solely because people were bored at home, but because so many games enable players to build a community and connect globally with like-minded people.

What do you think we'll see taking place over the next 12 months?

Games will continue to overtake more traditional entertainment formats, becoming the predominant form of family entertainment. Instead of families coming together for the traditional movie night, they will choose to gather together to play video games during their family time.

A few key changes I’ve noticed are that games are attracting an older target group.

How has the industry changed since you joined it?

The games industry has changed quite significantly since I first started. A few key changes I’ve noticed are that games are attracting an older target group. The industry has successfully ushered in a new entertainment format in the world, with gaming transforming the way people connect and socialise with their friends.

It's developed its own ecosystem of tools, such as Discord, which proves that the industry has clearly evolved beyond just playing games. There is an emphasis on creating tools and services that keep the community connected and engaged.

What are you most looking forward to at Pocket Gamer Connects Digital #7?

I am looking forward to hearing from other visionaries and leaders in the games space about what they believe will shape the industry in the years to come.

To keep up to date with all of our PG Connects coverage, check out the roundups here. There's still time to sign up - to find out more and book a ticket, head to the website.

"There are more middle-aged female gamers than teenage male gamers"