Azarus’ founder Alexander Casassovici on a new form of streaming 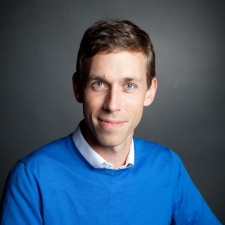 I'm the founder of Azarus who's the leader in Overlay Games for Live Streams.
Our games let the audience of Live Streams battle it out off the Creator's gameplay in a totally seamless experience.

15+ years of experience as an entrepreneur and tech consultant. I began my career doing advanced research in molecular biocomputing and since then founded and managed multiple companies in the mobile tech and virtual reality sectors.

I'm an avid runner (marathoner) and scuba diver (divemaster). I love photography and through my latest venture actvt (get the app ! ) I'm finally able to take the next step and dabble with video making.

I love connecting with people, unfortunately, I can't reply to all Linkedin messages.

Azarus is the pioneer of Overlay Games. He is a serial entrepreneur, technologist and advisor to multiple blockchain and non-blockchain companies.

Alexander was instrumental in the creation of the first connected children’s toy, Spykee, and has over a decade of experience in building interactive mobile services, cloud services, VR devices, and more recently AI-powered community platforms for the gaming industry.

Alexander’s presentation at Pocket Gamer Connects Digital #8 will be about strategies for grabbing and keeping viewers’ attention.

PocketGamer.biz: Tell us a bit about what you do?

Alexander Casassovici: Azarus is pioneering a new type of game called Overlay Games, which magically shows up over a livestream for all viewers, letting everyone play together while watching.

We believe that in the years to come, live broadcasts will all feature such Overlay Games as a layer of interactivity and fun.

Azarus is both a publisher and a platform able to extract real-time data from streams to operate games. Our first game, Azarus Challenges, is out and growing; another game, King of the Stream, is in the starting blocks.

Azarus was born in 2019 with blockchain in its DNA, currently used to operate a trust layer for our games.

As both CEO and founder, my role is to define the direction of the company and its goals. I try to ensure that across all functions, our goals are clearly defined and understood so teams can make the right decisions. I'm also in charge of external relations with customers and investors.

I realised that there's no place like gaming, where tech and art push each other to build new interactive experiences.

I grew up gaming in the 80s, and gaming is a big part of my DNA. After dabbling across multiple industries, I realised that there's no place like gaming, where tech and art push each other to build new interactive experiences that impact millions of players every day. As a creative person myself, I feel at home in our Industry.

What advice would you give to anyone looking to get into the games industry?

You absolutely should! And there's probably a place for you! It takes a village to make a game (quite literally).

I'm so excited by Epic's quest against Apple; I'm an Android user as I can't stand walled gardens. I feel like Tim Sweeney and his team just made the first crack!

The Quest 2 is really it for me. It's "good enough" that I want to see more games and more reasons to wear it often.

Xbox GamePass has started to change how we consume games, moving from buying a box/license to measuring the time spent with a title.

I believe as more players (perhaps Netflix?) adopt this model, new games will spawn focusing on taking advantage of those platforms in ways that were not possible before. I'm quite disappointed to see that unsharded MMORPGs are still a challenge; I hope this new stack will bring the networking and computation necessary to run this!

As a creative person myself, I feel at home in our Industry.

I also believe that livestreams will become a natural and recurring way for dev teams to interact with their communities.

My first incursion was in the late 2000s, and since then it has become massive. I was still living in France back then working on a VR headset. I was able to chat with small companies quite easily, like Unity, Epic... which have become behemoths 10+ years later.

It's so great to see how phones have turned my mom into a gamer! Who would have thought when we were making j2me games! Look them up if you’re interested in seeing what mobile games looked like pre-iPhone.

I love just hanging out on streams and letting smart ideas bounce off my brain! Networking is also something I'm always looking forward to, even if it's just over Zoom!

You can find Alexander trail running in the Marin headlands, leading the local elementary school’s engineering club, scuba diving in kelp forests, or completing quests, solving puzzles or bush-hiding in PC, console, and mobile games. Of course, you can also find him at Pocket Gamer Connects Digital #8!

Hear from Alexander Casassovici and more than 250 other expert speakers at PG Connects Digital #8, September 27 - October 1. Don’t forget to check the full conference schedule to see exactly who you could be learning from throughout the week.

It’s the perfect time to register and secure your spot as the MeetToMatch meeting platform is now live, meaning you can hop straight in and start requesting meetings with industry professionals from across the globe today.

Roblox's Morgan Tucker on designing for the Metaverse