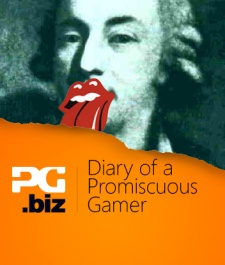 This is the weekly diary of a promiscuous gamer.

1. Adventure Town (Supersolid)
I'm starting to find it weird that I continue to enjoy Adventure Town so much. Partly this is because it loads so quickly - I'm looking at you Dungeon Keeper - and partly because it's so colourful and sweet.

Nevertheless, even I can't ignore that I'm doing the same old things - planting, harvesting, collecting etc - and not really making much progress.

The game is also very parsimonious when it comes to invoking reciprocity by rewarding you with Gems, its hard currency. Basically, it doesn't

2. Heroes of Honor (Nonstop Games)
Having spent the majority of my 'grinded' hard currency to update my castle to level 6 last week, I now can't accumulate enough soft currency to upgrade any of the buildings that this castle level up enabled. I am becalmed in the mid-range grind.

3. Dungeon Keeper (EA)
Last week I reported that I had "moved my gold treasuries to more secure locations in my dungeon". It now transpires that I've actually moved them to the least secure location in my dungeon, so am now having to dig out more 4x4 holes to move everything round again.

Perversely, however, I'm still enjoying the game's slow pacing, which is in contrast to many other games.

4. Royal Revolt 2 (flaregames)
I've enjoyed Royal Revolt 2 a lot so have been slightly surprised from various research as part of our Moneti$er columns that it hasn't been more commercially successful.

But I have been doing my bit, spending $9.99 on Gems. I was eventually tempted by a retail bundle that gets me a third slot for spells and a third slot for troops units when I attack. I now attack with cannons!

5. Boom Beach (Supercell)
While this week with Boom Beach hasn't been as slow as the previous week, I remain to be convinced about its pacing. Because of the single build path, I typically find I have a lot of soft currency I can't do anything with. The game could be more generous in terms of the early reward of hard currency too (c.f. Adventure Town)

6. Game of Thrones: Ascent (Kongregate)
Shock, horror. I'm not a Game of Thrones fan, but this menu-based RPG is pretty good, if slow and rather involved.

7. Family Guy: The Quest for Stuff (TinyCo)
I've previously labelled the monetisation technique were you have to spend hard currency to unlock additional build threads as the 'Third Builder problem (or issue)', because pretty much every game with a building element gives you the first two builders for free.

In Family Guy, however, you have to pay 50 clams ($1.99) to unlock the second Mexican builder. I currently have 23 clams. I think it's fair to say that Family Guy is a highly monetised game.

8. Heroes of Atlan (WeMade)
Haven't got very far with this recently as it keeps on crashing.

Adventure Town is very parsimonious when it comes to invoking reciprocity.

13. Little Alchemist (Kongregate)
I've been pleasantly surprised by this kids' card battler. Graphically it's a bit crude, and not being a card-battling expert, I'm still learning the rules, but yes, I'm playing this a lot.

Installed #1 FarmVille 2: Country Escape  (Zynga)
The mobile version feels a bit cutdown from the Facebook version, and the two versions are only loosely linked. It's okay, I guess.

Installed #2 Wonder Golf (Mobage)
This is a very cute and colourful mini-golf game. Don't know how much depth it will have though. Mini-golf games tend to be like that.

Uninstalled #2: Star Wars: Assault Team (LucasArts)
A disappointing card-battler, which does little with its licence. It also has one of the weirdest IAP economy of any game I've seen, including $22.99 and $43.99 price points.

Uninstalled #3 Lightbringers: Saviors of Raia (Frima Games)
Couldn't summon up much enthusiasm for this hack-and-slash so freed up 361 MB and uninstalled it.

Uninstalled #4: Adventure Quest: Battle Gems (Artix)
A nice little match-3 RPG, but really IS too simple. I don't think I lost a match in the first 30 sessions.

Toy Rush-es off and on, but League of War, Wartune and Age of Wind 3 bloom

The invasion of IP: Star Wars, Game of Thrones and Family Guy