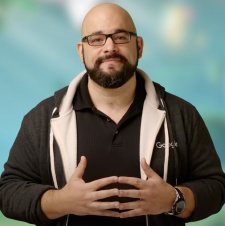 Developing and scaling mobile games is no longer a sprint, it’s an endurance run. That has only become more true in the increasingly competitive global mobile games market. With storefronts jam-packed with games of every description, from simpler hypercasual titles, to complex and demanding cross-platform role-playing games (RPGs), it becomes essential to grab your player’s attention and make sure the all-important lifetime value (LTV) is as high as possible.

Google’s 2022 Mobile Insights Report seeks to help game developers grow their games throughout the entire game development lifecycle with useful mobile player insights. According to the report, 75% of mobile players believe that in-game ads have a positive or neutral effect on their gameplay experience, indicating that incorporating them can be a powerful way to grow topline revenue.

Greg Hartrell, Director of Product Management at Google Play/Android, also spoke to the PocketGamer.biz team to talk about how mobile games can thrive and find stability in their core business through expanding internationally, investing in live operations (LiveOps), and building cross-platform experiences beyond phones.

We have around three billion active Android devices worldwide...

“Mobile has become a global phenomenon,” he says. “Everyone is now a gamer. There’s a device in every pocket and wow! It can play games too. Games consoles may not have cracked every non-western market, but with mobile, we’ve seen a massive uptake of gaming in markets where consoles and PCs didn’t see as much traction.”

The value of emerging markets around the world, including Brazil, India, Mexico, and beyond, has fundamentally changed the market for game makers, according to Hartrell. The diverse range and wide uptake of Android devices around the world have also created a whole new audience.

“We have around three billion active Android devices worldwide, in an ecosystem where you can spend anything from $30 to $2,000 dollars on a device,” Hartrell notes. “Games that optimise for this wide range of Android devices have created properties worth billions - and there are multiple examples of that.”

While many developers understand the challenges of creating compelling content, successful ones recognise just how important planning long-term support for their game can be.

“When games are in development, engineering is the biggest expense,” Hartrell says. “But once you launch, user acquisition becomes the hardest challenge. Game developers have to be ready to iterate and understand what consumers will like, what they’ll respond to, and have the resources in place to adjust and update the game to accommodate them. Gone are the days when the day after launch the development team could fix a few bugs and walk away from the launch. Now more than ever, it’s vital that plans for ongoing support post-launch are in place and resources are in place to support players and introduce new content.”

It’s important to give players the opportunity to switch between their phones and a big screen.

Hartrell also provided insight into the importance of LiveOps in building a sustainable and successful game. “Mobile games have shown us time and again that players love having a game which feels like a ‘live operations’, and a community to interact with. There are so many options for players today. So a user who falls in love with your content wants to know that there's a responsive developer behind the game, who listens to them, and actively responds to their needs.”

Keeping game content fresh and updated on an ongoing basis requires a different take both in team composition and the production roadmap. The idea of a monolithic team performing periodic updates has become out of date in an agile and responsive market, where updates are now being pushed out on an ongoing basis by cross-functional teams. Hartrell also recommends experimenting with time-based offers and creating in-game events that tie into key cultural moments that are relevant to regional audiences.

The value of cross-platform gameplay was also featured extensively within the interview. While a growing number of major titles and franchises can now be played across console, PC, and mobile, for smaller developers, the idea of developing and supporting multiple devices, operating systems, and platforms can seem daunting.

With Google Play Games for PC, developers are able to take their Android to PC using a single codebase.

“You have to meet your players where they are,” Hartrell says. “It’s important to give players the opportunity to switch between their phones and a big screen, offering continuity of experience including cloud sync, achievements, rewards and so much more.”

While Google Play Games for PC is being trialled in a number of test markets around the world, the company reports very high levels of customer satisfaction and is using their feedback to make it an even better experience for players and partners around the world.

The opportunity to bring Android games with hundreds of millions of players to a different class of device, with minimal effort points to a whole new market - and audience - for developers in the near future.

You have to meet your players where they are...

“It’s all about creating an optimal multiplayer experience,” Hartrell says. “If your players can quickly and easily switch to a modality that helps them play whatever they wish, wherever they are and whenever they want, you’re going to get more engagement and more retention. It becomes far more likely that friends will play together and by improving that player liquidity, speed of matchmaking, and the overall quality of the experience, you’re giving them a more enjoyable game that they are far more likely to return to. We’re trying to make it as easy as possible for developers and publishers of all sizes to continue to grow, not just on mobile, but on these larger screens.”

To learn more about how to build your mobile game for long-term success, tune into the PocketGamer.biz interview with Greg Hartrell, read the full 2022 Mobile Insights Report, and check out Google Play Games for PC.

You can hear the PocketGamer.biz interview with Greg on the PG.biz podcast.