A new report breaks down the biggest deals, acquisitions, and mergers of the first half of 2022 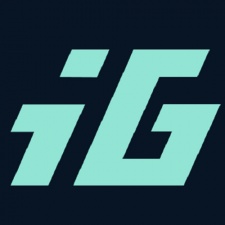 A new study by Investgame.net has delved into the deals of the first half of 2022.

Outside of financial movement, this has been a busy period in terms of deals. In total, 455 deals were closed at a total value of $43.3 billion. Including announced deals which have yet to close, the total of $113.6 billion not only sets a new record for the gaming industry, it exceeds last year’s total deal value of $80.4 billion by almost 30 per cent.

Despite the higher number of total deals, there was a marked year-on-year decline of 21 per cent in terms of mergers and acquisitions with 126 closed, compared to 159 in the same period of 2021. However, average deal value increased by 36 per cent year-on-year to $31.1 billion, excluding deals which have been announced but not closed as of yet, such as Microsoft’s $68.7 billion dollar acquisition of Activision Blizzard.

Private deals raised over $8 billion across 316 deals. 34 per cent of this total value came from blockchain-related deals - $2.7 billion across 163 deals, an average of approximately $16.6 million per deal. This highlights a strong push towards blockchain technology in the private sector, as investors continue their efforts to gain footholds in the emerging blockchain market.

In contrast, 10 per cent of the value of private deals in 2021 came from blockchain-related placements ($489 million) while in 2020 such deals accounted for just 2 per cent of the total (22 million).

While private deals increased, however, public deals saw a noticeable decline, falling to 25 per cent in terms of both deal value ($4.3 billion compared to $17.1 billion) and number of transactions (13 vs. 56) compared to the same period in 2021.

Several of the company's involved in the period's biggest deals - such as Zynga and Playtika - were featured in last year's list of the top 50 mobile game makers. We'll be revealing our list for 2022 later today.