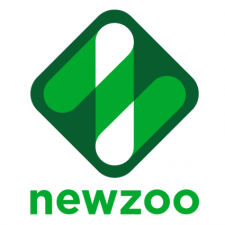 Newzoo has released the second part of its top ten predicted trends for the year, following on from the initial report earlier this week.

These predictions examine how the games industry will perform based on the latest happenings in the space, whether that's the market reaction to the largest gaming acquisition in history or the alleviation of supply chain issues making the current generation of consoles more available to a wider range of consumers.

Following two years of unprecedented and arguably unsustainable growth, 2022 saw a marked slowdown in investment and M&A across the industry. While there were several notable deals, including Microsoft’s record-breaking acquisition bid for Activision Blizzard, the combined deal total for the majority of the year was down year-on-year, and Newzoo predicts that this slowdown will continue for a prolonged period.

Some factors in this slowdown include the increased cost of capital and opportunities, which will hinder acquisitions. Microsoft’s continued trouble as it attempts to finalise the acquisition of Activision Blizzard could also disincentivise any deals large enough to lead regulators to take action. As such, while larger deals are possible in the future, the short term will likely see total deal volume, and value, to decrease.

The release of the latest console generation in 2020 was marred by global supply chain issues with semiconductors caused by the pandemic. As such, while the PS5 and Xbox Series X/S have undoubtedly been successful, many consumers have still been unable to get their hands on the consoles thus far, as demand has far exceeded supply.

However, it appears that the supply chain issues are being resolved, with Sony confirming that December 2022 was the best month yet for PS5 sales, and PlayStation Boss Jim Ryan stating during CES 2023 that finding the coveted console in-store will be easier than ever in 2023.

The increased availability of consoles is compounded with a number of high-profile releases, which will not just mean that the consoles are more available, but that more players worldwide will find it easier to justify purchasing one.

“In the post-ATT era, user acquisition for mobile games will become harder for (hyper) casual games”

Newzoo predicts that user acquisition will become increasingly difficult in the post-ATT era, thanks in part to the increasing prevalence of hybrid monetisation. The post-ATT era has seen an increase in rewarded ads, in-app purchases, and subscriptions in midcore titles, and hypercasual games may struggle to adapt to the new landscape.

Newzoo believes that hypercasual games are at risk of being left by the wayside should they fail to adopt new monetisation models, however the fact that the genre aren’t designed to engage players over long periods mean that many options available aren’t sustainable for the genre. As such, the trend of casual and hypercasual titles adopting elements from other genres is likely to continue, signifying continued trouble for the genre.

The B2B cloud gaming market is forecast to have a strong year, offering cloud gaming services to platforms, game publishers, and isexpected to invest more in PaaS, offering an alternative distribution method to a variety of platforms and publishers.

Netflix, which made its first steps into the games market in 2021, is likely to be a large benefactor of this development, as it allows players to launch games directly from the Netflix app rather than download them individually, likely bringing the games to the attention of a wider audience. This is compounded by the fact that this would bring the company’s gaming options more in-line with their video streaming services.

Netflix will also be able to take advantage of the fact that more app store ecosystems will be required to allow third-party products in the future, as this will result in a wider variety of cloud gaming services for mobile devices.

Newzoo states that there’s a possibility that Netflix will pivot into publishing free-to-play titles to non-subscribers in the future, opening up new revenue streams and further cementing its place in the games industry.

Newzoo released a new report to close 2022, analysing the performance of the games market over the year.