April 10th, 2013 - 08:01am
By Carter Dotson, Stateside columnist
Chicago-based Carter Dotson is a senior writer at 148Apps.com, which was acquired by PocketGamer.biz publisher Steel Media in 2012.

Mobile gaming is perfect for the attention-deficit generation.

This game not entertaining enough? Go find another. And there'll be plenty more released tomorrow!

Getting players to stick around is an extremely difficult task.

But there is help on the way. During GDC 2013, some of the companies I talked to are trying to deal with this situation by increasing player session length.

Its service, which can be freely implemented by developers, sees in-game achievements used to reward users with 'pocket change', which they can collect and spend on rewards like coupons, gift cards, and even physical goods.

The benefits for Pocket Change are the more developers and users it gains, the larger advertising deals it can strike with companies that offer discounted rewards. One specific example given was Best Buy offering a $10 gift card for 500 Pocket Change (one unit of Pocket Change being normally worth US$0.01).

For users, this means they get additional value for their reward points, while advertisers get people taking advantage of their services and spending money with them. 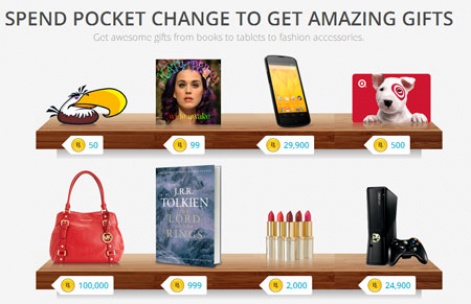 The benefit for developers is users will want to earn Pocket Change's currency so they will spend more time in-game to earn currency by completing more achievements. And the more time a user spends in the app, the more likely they will be to buy in-app purchases. Everyone wins.

It's not just software services that can extend play sessions though. MOGA, the manufacturer of various Bluetooth controllers for mobile devices, also espoused this argument.

Controllers don't only provide physical controls for console-style gaming on mobile. This is more than just facilitating games that don't quite work with touchscreens.

There's the additional benefit that by being able to sit back in your chair, possibly even with your mobile hooked up to a remote TV display, players will play for longer.

To reiterate the idea: the longer they play, the more likely they are to spend money. Same idea, different execution.

That MOGA is pushing this concept really makes sense after playing with its controllers: more so than the seemingly countless others I've tried, both its smaller unit and larger Pro controller are ergonomically-friendly, especially the high-quality analog sticks. These feel like controllers worth using for a long amount of time, rather than being generic Bluetooth controllers. 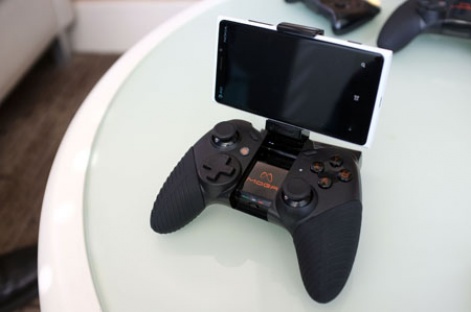 Of course, there are wider issues.

For it to be popular, a controller needs plenty of titles to support it. But with more titles comes our original problem: if a person gets bored, then it's easy to jump over to another title.

The good news is that a more comfortable input method will still enable longer play sessions, while even the best supported third party controllers only have a limited selection of games - MOGA only has a few dozen at the moment.

Which brings to GDC's other news.

If it turns out to be a reality, developers should be very excited by the Apple game controller.

First-party support is a major stepping stone for widespread adoption because developers will have a single standard to target, and consumers will have plenty of reason to expect widespread support

If Apple can enable longer gaming sessions, and the financial benefits that come with it, iOS developers have a lot to look forward to - at least if their games fit well with a controller.