Stateside: Why hedging your bets across multiple mini titles is becoming the secret to success on the App Store

One title does not fit all

April 23rd, 2013 - 04:59pm
By Carter Dotson, Stateside columnist
Chicago-based Carter Dotson is a senior writer at 148Apps.com, which was acquired by PocketGamer.biz publisher Steel Media in 2012.

As many a mobile developer will attest, the App Store is the ultimate sink or swim environment.

It can be an especially demoralising experience watching a year-long project flounder when it finally makes it to market  even more so if the studio behind it is a small one.

It makes every release a huge gamble, with developers risking ruin if they bet the farm on a big release that fails to deliver the goods.

But what if there was a way to hedge one's bets?

What if the risk could be spread by working on multiple titles at once  developing smaller projects that, while not the fruits of a dedicated approach, help balance a studio's output?

It's an approach that certainly has a measure of logic behind it.

The advent of free games and the 99c price point means that shorter, smaller projects have found a market. Consumers don't feel like they've been ripped off if the game itself is intentionally constrained.

The an extent, the old adage of 'you get what you pay for' is one that's alive and well on the App Store.

As such, two studios of note are currently enjoying success with what we've coined the 'multiple mini release' strategy.

Retro Dreamer and Everplay Interactive are arguably sticking their necks out by focusing on multiple smaller projects, but both are going about it in a way that fits with each studio's individual approach.

"For us it was a personal thing," Gavin Bowman of Retro Dreamer told us.

"Our development process has got a little bloated and over-wrought in the past if we took too long, and we've always done our best work  for example, with Sneezies and Velocispider - when we've been highly focused and on a relatively tight schedule." 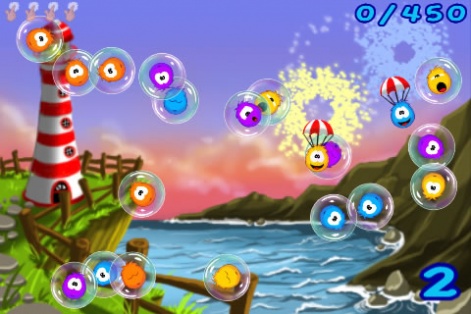 Starting with a project of frustration - Happy Poo on Android  the studio has since launched a wider series of games like Ice Cream Jump that employ very similar art assets but employed tweaked gameplay styles.

It all helps streamline the development process, even though the games that result are quite different.

Everplay Interactive is a somewhat different story, in part because the dozen-or-so-strong firm publishes titles from other studios under its wing.

Still, the company has still managed to get three titles out this year to date - 1001 Attempts, Rock Blocker, and Lumber Jacked - with several more in development. 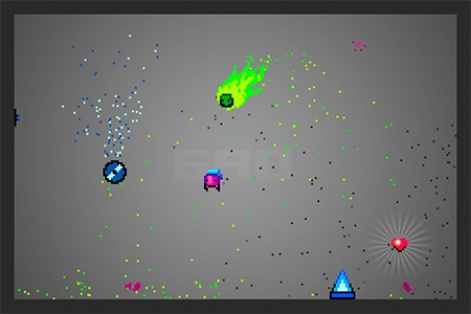 Kris Jones, head of Everplay Interactive, claims the reason behind what the firm has dubbed its "Retro Revival" series is the fact that smaller titles are perfectly suited to the mobile platform. They meet the needs of the majority of mobile gamers.

"I believe it's the bite sized games that players on mobile really crave," he told us.

"It's great to have big budget titles like Infinity Blade and Real Racing for the platform, but there is still plenty of room for titles akin to Tiny Wings, Doodle Jump, and 1001 Attempts."

Undeniably, it's possible for smaller projects to be successes. 1001 Attempts has performed strongly enough on iOS for Everplay to test the waters with the game on Android. What's more, the game has also been a critical success, amassing a Quality Index rating of 81.

Likewise, Retro Dreamer's Happy Jump has notched up millions of downloads across iOS and Android with the help of publisher NoodleCake Games.

Both games help prove that, even if one project on one platform doesn't immediately pay the rent, the potential for cross-platform launches  and, indeed, the cross promotion opportunities that presents  justify the strategy.

In short, more apps on the market equals more opportunities to get the word about other apps, which increases the odds that a future game can generate revenue.

The benefits aren't just monetary, either. Deploying multiple games in quick fashion also delivers a sense of satisfaction for those working at the studios.

"For us, the biggest positives have been motivational - it's nice to feel like you're getting things done," added Retro Dreamer's Bowman.

"It's giving us a chance to explore ideas that we probably wouldn't feel comfortable working on if we felt like the schedule was likely to get out of hand, and I think that's going to make us a better game development team." 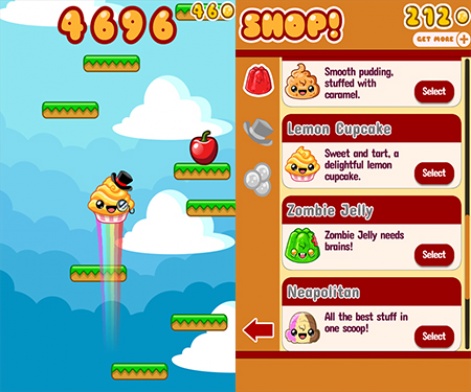 "The challenge with big budget titles is that they are limited to proven game design ideas. Smaller games can test new gameplay mechanics and not fear the consequences."

But, as with most things in life, there are ups and downs. Aside from the positives of working on multiple mini titles, Bowman also says there are possible drawbacks developers need to be aware of.

"The drawbacks for us would probably be the constant crunch feeling, and less time to relax and recharge when a game is wrapped because it maybe hasn't stuck around long enough for that mental contraction or expansion cycle," he said.

"But, that's probably just a case of figuring out the best cycle for our team.

"We probably have our timeline cranked a little tight right now, but I think we both felt like we need to be put through a wringer for a little bit to put ourselves onto the right track."

Kris Jones notes that such smaller projects may also have some difficulty getting customer attention.

"The biggest drawback is that players notice a game doesn't have high production values and may see the game as less valuable," he contested.

"It's hard to convince gamers to pick up your game when they can spend a little more for what 'looks' like a better game. Better in this case equals production value, not really gameplay experience."

Releasing multiple smaller titles may not be the perfect strategy, then, but both of the studios we've spoken to are using the model to help them stand out from the crowd.

For developers considering making a similar move, Gavin Bowman recommends that they focus on "finding a schedule that works for you and your team."

"Don't just pick one that someone else is using and expect it to work," he adds.

"It's a personal thing. If you think you can make your best games in three to six months, aim for that. You can't get around the App Store's competitive environment just by making more stuff, you have to find the sweet spot where you enjoy the work and have confidence in the games you're able to make.

"Basically, try to think 'don't take too long', not 'make something in the shortest time possible.'"

When it comes to advice, Kris Jones argues that developers and designers need to "think outside the box and be creative if they want to be successful."

"Try something new. If it doesn't work, try again. If it works, then congratulations!"

Sometimes, more really is more, and in the ever-competitive world of the App Store, spreading your base across multiple mini releases is fast becoming a potential strategy that is not only helping developers survive, but also to thrive.