Stateside: Don't be ashamed of F2P, but don't assume players will spend out of the goodness of their hearts

Dirty lessons from the coal face

May 29th, 2013 - 10:01am
By Carter Dotson, Stateside columnist
Chicago-based Carter Dotson is a senior writer at 148Apps.com, which was acquired by PocketGamer.biz publisher Steel Media in 2012.

Every so often, developers tell horror stories of trying free-to-play and falling on their face.

The latest? Bombcats from Radiangames and Chillingo, which bombed at launch.

Despite six-figure downloads, purchases were in the triple digits early on, nowhere near enough for the game to be profitable.

Right now, the lack of money coming in threatens Radiangames' future as a full-time enterprise.

This should serve as a warning for any developers experimenting with free-to-play: launching with a game that doesn't monetise well could be disastrous.

But there are ways to help avoid it.

Start off by being prepared to change course in terms of monetisation methods mid-stream because revenue generation will likely not be optimal.

Have analytics in place to see where people are spending money and when, and find ways to take advantage of this.

While the launch period is important, these tweaks can ensure that a game has a profitable long-tail.

For example, Rocketcat's Punch Quest wound up monetising well after a bevy of tweaks to help it make more money down the road. 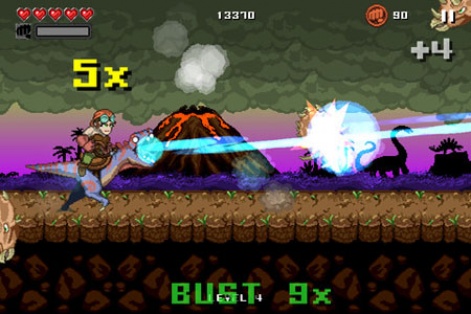 It's easy to despair after launch, but free-to-play requires continuing development.

Just having in-app purchases is not a solution in-and-of-itself, of course: people need to be aware that they can spend money.

Bombcats earned some attention pre-launch for featuring an 'old-school mode' where spending a few bucks would disable other IAP and increase the amount of currency handed out through in-game actions.

How does one unlock it? Why, read the 573-word post on Touch Arcade's forums!

Not the most obvious sales pitch.

More importantly, though, don't be ashamed of trying to make money off of a free-to-play game, and don't just assume that people will want to spend money out of the goodness of their hearts, either.

They won't. That's the lesson both Radiangames and Loqheart, creators of Cannon Cat, found out.

David Ngo of Loqheart says "We thought if people liked our game enough, they'd pay for our in-app purchases. We quickly learned that millions of users, didn't translate to millions of dollars. 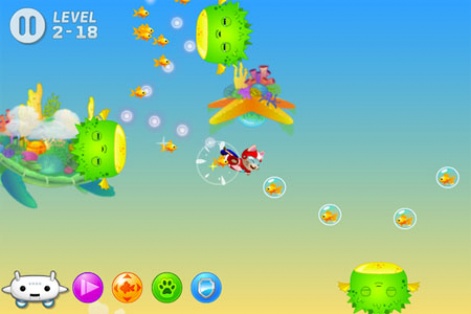 "We were caught off guard, but quickly re-designed our store so it was easily accessed and all purchases would only take one-click. No unnecessary searching through sub-menus. This helped a little, but we soon realised that how are game was designed and the genre itself had certain monetisation issues.

"A paid model seemed to fit the [casual arcade] genre much better, so we eventually switched Cannon Cat to a 99 cent game with optional IAP."

Luke Schneider, the sole proprietor behind Radiangames, suspects that an update will help the Bombcats' prospects.

"I don't think the differences in [the first update] hurt the game in any major way, but I'm sure the differences will dramatically increase the conversion rate," he says.

It's also worth considering what many developers do nowadays - launch in just one or two regions such as Canada or Australia in order to get real-world experience on how well a game will play and monetise.

Big studios like EA and DeNA do this, and even indie studios such as East Side Games try it. 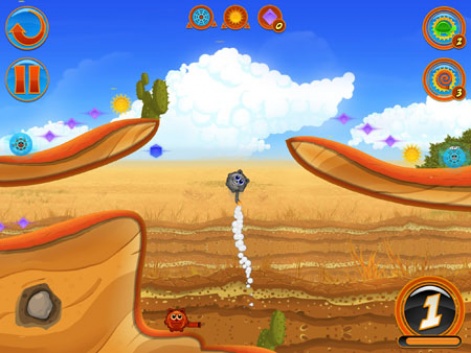 Josh Nilson, COO of East Side Games, says there's multiple benefits. "When we pick some select countries to launch in, we use this [to get] a great pulse for our games.

"Do people understand them? Are there any problems with certain devices. Are people getting stuck? We also ask for feedback, and with this and our own analytics we can fix bugs, tweak gameplay, balance and ensure the player's first experience is good. When it feels right, we increase the visibility and continue to tweak."

Other platforms are also options.

Discussing the development of Loqheart's second title Prestige, David Ngo says, "You can either release on Android or release in smaller countries/markets and iterate. But how do you reach the people that matter the most?

"We decided we had to get onto the web, find our passionate early adopters and develop the game specifically for them.

"A browser-based game (HTML5) was the easiest and quickest way to distribute our prototypes and it would allow us to integrate payments to see what players would actually pay for."

In this way, he hopes such early testing will ensure that mobile versions will monetise better.