Stateside: Indies, are you yearning for an App Store revolution?

Change needs to begin from the bottom up

July 16th, 2013 - 04:47pm
By Carter Dotson, Stateside columnist
Chicago-based Carter Dotson is a senior writer at 148Apps.com, which was acquired by PocketGamer.biz publisher Steel Media in 2012.

As part of 148Apps' celebration of the App Store's fifth anniversary, I interviewed Adam Saltsman of Canabalt and Hundreds fame, and he raised an interesting point about the marketplace's distribution.

It was a point sadly edited out of our interview for the sake of brevity, but one I can now recreate here:

"The App Store to me seems to really strongly favour a particular kind of approach - if you don't do in-app purchases of course - which we used on Hundreds," detailed Saltsman.

"It's an approach that goes something like this: Work on the game in relative secrecy for like one or two years. Then, launch it and hope it gets featured and impresses everybody enough to get the critical mass you need for word of mouth and a good long tail.

"As a member of a small team, and somebody with a growing family, this approach freaks me out and there are a lot of platforms - especially PC and Mac - where you don't have to take that kind of crazy all-or-nothing path.

"I would love it if the App Store could support preorders, and bundles, and a lot of these other things that help sustain small teams through risky development on other platforms."

Love it or loathe it, the App Store and mobile gaming in general favours an extremely risky approach that often leaves many games and their makers out in the cold if they don't succeed right away.

One way or another

Part of the problem is that officially-sanctioned app stores are often the sole viable way to distribute content.

Distribution outside of those stores is practically impossible on iOS, with only a slightly lower barrier on Android, but one that has yet to be exploited. It's a lack of variety that, in my view, helps perpetuate the notion that mobile games are disposable. 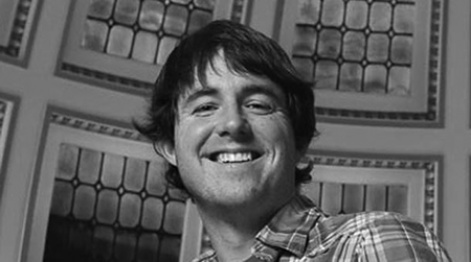 With only a narrow field of marketplaces on offer, developers force each other into a rush to the bottom, with supposedly premium content being vastly undervalued from beginning to end.

Now consider the impact games bundles on PC have had. Humble, in particular, offers developers the chance to drive sales through mass volume at cut-rate prices. The average price for a bundle is usually well under $10 for anywhere from five to eight games in the featured Humble Bundles, which are the most popular out there.

However, by making these games available cheaply, developers reach wider new audiences, make some extra money for themselves, and make some coin for charity and Humble along the way.

But, unlike the cheap games available on App Store, bundles actually help reinforce the premium value of the titles in question.

By convincing users that they're getting top quality games at bargain prices, they're creating the impression that under normal circumstances, the titles in question are worth far, far more.

The end result is, the ability for developers to sell their games at a variety of prices actually aids the validity of higher pricing tiers.

Is this a situation we could see replicated on iOS? Apple, naturally, doesn't seem at all interested in enabling developers to sell their games via any other method than the App Store, meaning the options for iOS developers to explore more experimental forms of distribution are limited.

Studios are stuck with just 100 UDID slots  usually accounted for during testing  and 50 promo codes per update, often mopped up by the press or competitions on social media.

Outside of the officially sanctioned routes to market, stores for jailbroken devices aren't really feasible for most developers  unsurprisingly, many jailbreakers are pirates  and, anyway, ad hoc distribution is usually a pain. 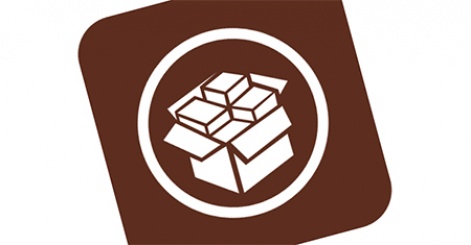 Stores such as Cydia aren't really viable for most devs

But, as Valve has proved with Steam, it's possible to allow developers to pursue other forms of distribution without them abandoning direct selling on your marketplace wholesale.

It's all about selling Steam as a service to people and getting them to want to use it beyond just one or two titles that happen to launch on it  it's about getting to spend a greater and greater proportion of the money they splash out on games on one platform.

Heck, Valve has even been able to get gamers to care about virtual trading card, and to incentivise those who don't by letting them sell them on for store credit.

It's a vicious (and quite brilliant) circle that's guarenteed to generate even more dollars for the coffers of Gabe Newell. Sure, in the short-term Valve loses out by letting developers sell DRM-free copies of Steam games through Humble Store widgets, but the long-term benefits are far weightier.

If Apple enabled unlimited ad hoc distribution and promo codes en masse, developers and users alike would similarly not abandon the App Store. Hell, even if there were legitimate third parties marketplaces available for iOS, Apple's position would not be rocked.

The App Store's great advantage is that, from placement on the phone to payment of the games, it's just too convenient for the masses to ignore.

But by making outside distribution an option, that would allow for new business models to be fostered on mobile, and for more developers to generate the long tails that they need to survive.

It's up to you

Ultimately, it's up to developers, however, to make this a reality.

The best way to illustrate the advantages to Apple may well be to lead by example on its biggest competitor, Android, where the physical capabilities exist to give it a go.

Bundles need to pop up more regularly to get the word out about external distribution, and it will take developers willing to take the risk that comes with distributing early and pushing out pre-release content in order to help cement the ideas that mobile game pre-orders are a viable alternative.

Is it possible that the distribution models enjoyed by PC developers simply won't work on mobile? Sure. But we won't know until we try.

What we do know is, the current sink-or-swim model is untenable for many developers, and change needs to come - and that change may just need to start from the bottom up. Reply
Daniel So
"Part of the problem is that officially-sanctioned app stores are often the sole viable way to distribute content."

Look at what Kakao Talk and LINE are doing in Korea and Japan, respectively. They are circumventing the Google Play Store with their own platforms and are profiting handsomely -- Japan and Korea now rank as #1 and #2 in Android country revenue rankings.

Of course, this will never happen on iOS since Apple won't allow third party platforms like this. That's why the answer is Android. Look to WHATSAPP and WETALK to be the next major platform distributors. And don't say I didn't warn you ^^
Posted 8 years, 10 months ago