September 17th, 2013 - 05:58pm
By Carter Dotson, Stateside columnist
Chicago-based Carter Dotson is a senior writer at 148Apps.com, which was acquired by PocketGamer.biz publisher Steel Media in 2012.

It may be controversial to say, but I don't believe that pricing a game above 99c is a death sentence.

Price flexibility exists, and evidence that more expensive games can succeed on app stores  perhaps due to a perceived 'high quality' amongst consumers  is building.

Indeed, I'd go so far as to suggest that now's the time that games that can thrive above the 99c do just that.

But none of this is new. While the price points involved are far important, mobile gaming has much the same problem with pricing homogeneity that console gaming has long suffered.

The only difference is, mobile developers are able to price higher, rather than lower, in order to achieve differentiation.

The impact of GTA

Indeed, now is exactly the time to be having this debate. Grand Theft Auto V  currently generating a queue at a store near you  is emblematic of console gaming's current problems.
GTA V is undoubtedly a colossal game in every sense of the word, yet it sits at the same $60 price point as every other standard release on Xbox 360 or PS3.

This isn't a problem for Rockstar  GTA's fanbase consider it  worth every penny, if not more  but it does rather show up the other games sat at the same price point. 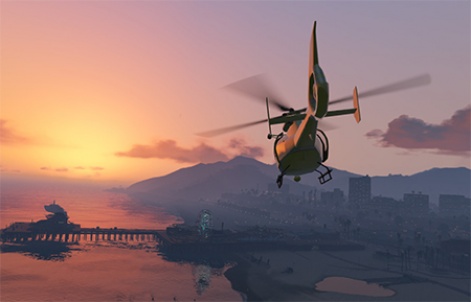 If a game as big as GTA V is judged to be worth $60, then how many other console releases can legitimately claim to be in the same league?

The truth is, it's the industry's pricing convention that dictates that new games come in at the $60, rather than any real sense of logic or value.

What GTA - and the success if very publicly amasses  does is force other games to try and compete in the same arena. Suddenly, what may have started out life as simple titles are transformed into bloated, big-budget affairs at the behest of publishers eager to secure the industry's next big IP.

The belief is, they need to try and stand up to the console scene's most popular titles, shoehorning in unnecessary online features or other odds and sods purely because that's what the likes of Halo and Call of Duty have (somewhat more successfully) done.

Many of these games end up being massive flops, despite the fact that  if their original scope and budget had remained in tact  they could have been financial successes, if only a smaller scale than the likes of GTA.

But mobile developers neednt get smug. The situation is not all too different in our sector, in truth.

When the App Store revolution first kicked off in 2008, it stood as the polar opposite of what the console scene offered. It was a haven for independent developers offering creative releases at a variety of price points.

As more and more developers would up undervaluing their content in a race to the bottom, however, so the free-to-play market rose up, with a focus on making money on volume. The premium gaming market has undoubtedly suffered as a result.

It's led to a situation where even the bigger boys  motivated by dollar signs in their eyes  have ended up focusing on targeting huge volumes of users, rather than using their comparative financial freedom to support smaller scale releases that, in turn, would reach a smaller body of gamers.

That's because the race to the bottom has led to the industry decreeing the 'bottom' as the victor. The top grossing charts are dominated by free games, and the majority of paid games are 99c.

Right now, it would appear the only option for developers looking to succeed is to go free or really, really cheap, right?

I don't think so. There's evidence both in the console market and in mobile itself that a variety of price points, including more expensive ones, will not only be supported by consumers, but actively welcomed.

Light at the end of the tunnel

In the console market, for instance, we've seen the rise of the $10-15 price point in recent years, from independent studios right through to major forces such as Ubisoft.

The French publisher has, in particular, enjoyed success with smaller scale versions of Far Cry and Call of Juarez at $15 each. Likewise, Starbreeze's first-person shooter Payday 2 sells for $30-$40 (depending on the platform), yet it had made a profit before it was released on pre-orders alone.

By making smaller-scale, lower-budget games, we foster signs of life beyond the bloated homogeneous price point that dominates the market.

But here's the thing: the console and PC market has to aim downward to find new avenues to financial success. As stated, however, mobile has to move in the other direction  above the typical free-to-99c price point.

That's something some developers are starting to do, including one indie studio in particular.

Michael Brough has some notoriety in indie circles, but he's a relative unknown in the eyes of the wide public. His game 868-HACK - a roguelike built around short, challenging sessions - feels like the kind of game that would cost a dollar or two, yet it retailed for $5.99.

What's more, it's been his best-selling game so far.

Such success was achieved without being featured by Apple and with the game only supported by a minimal marketing plan.

Nevertheless, Brough has managed to make enough profit from the game to carry on as an independent development.

I don't think Brough is an anomaly, either.

Somewhere between 30-40 percent of the top grossing games on iPhone cost more than 99c, and there are more $1.99 and above games in the top 300 grossing rundown than there are $0.99 games.

Those that find a way to sell games at this price point are able to make more money.

The horrid truth is, the arrival of major multinationals in the cheap-to-free arena means that there's very little room for the indie in the market anymore: said conglomerates have that market sown up.

So indie who want to make a splash need to stop trying to take on the big boys. Instead, it's time to start experimenting with games built to retail at higher price points, generating content that justifies consumers parting with a little more cash than perhaps they're used to.

Developers will quickly find it's not really any harder to make a consumer who has never heard of you to pay out 99c for your title than it is to get them to spend $2.99.

What we can be sure of is, something needs to change.

The homogeneity of mobile game pricing is harmful to the market at large, and mobile developers have one major advantage over their console and PC brethren: there's a lot more room to aim upward in pricing. So it's time to start doing just that.

Reply
Rob Leach
This was an excellent article and I believe you're on to something. I have to say that the first half of the article made me feel you were 20 years too late in pointing out the quality differential of same-priced games :). However, you tie it up nicely at the end.

868-HACK is a terrific example. It's one of those rare titles with very obviously exceptional balance within its design, and was definitely worth the price paid.

But the question becomes, will the cycle begin anew? Once "quality" titles begin charging more money, the price point may be seen as a primary distinction which will allow poseurs to jump into the fray once again. As you say, "The Only Way is Up."

Thanks for the article!
Posted 8 years, 8 months ago

Reply
jon jordan
Good point, but if mobile developers want to have a strong paid app business, they'll have to spend money on the sort of marketing/PR campaign that Rockstar does.

You either go free, wide and shallow with F2P game or spend hard upfront to persuade people to pay hard upfront. Neither option is a silver bullet.
Posted 8 years, 8 months ago