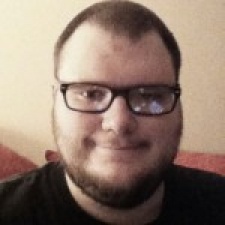 The opinion that mobile gaming is garbage needs to go in the trash.

The perception that mobile gaming is garbage is rooted in a flawed perception of how game development and distribution currently works.

Gaming has just left an era where the game creation and distribution was the dominion of publishers and console manufacturers.

I think a lot of the critics who dismiss mobile gaming grew up in the console era and are now stuck in its conventions of what a game is.

This old structure kept a lot of terrible schlock from making it out on to the market, sure. Instead, it just meant that the bad games were failures with big budgets, or licensed games produced to make a quick buck at the same price as quality efforts.

Meanwhile, developers with great original ideas had no recourse whatsoever for their games to be viable.

What happened with the rise of self-publishing and distribution is the same in gaming as it is in every other creative industry.

Yes, a lot of poorly-made stuff get released that would have otherwise died in obscurity. It's easier now for low-quality media to be visible. This is especially the case when they all occupy the same virtual shelf space.

But there's a lot of great work that would have died in obscurity or never would have existed that now has a chance to succeed because distribution is democratic.

Another thing is that this situation isn't anything new. For the longest time PC gaming has had lots and lots of bad games.

Would you trade all the great indie gems of the App Store era in exchange for all the bad games to not exist?

If you went online to Flash game sites, and freeware forums, any place where some kid in their bedroom could upload a game without much (or any) approval, you would see lots of terrible things: awful amateur games that would play terribly with dreadful art, with plenty of rip-offs, clones, and just straight-up offensive works that should never have existed.

But you'd also find plenty of gems that didn't exist in the mainstream which would make the rubbish worthwhile. This was the case way back in the shareware era of PC gaming as well.

What is happening is that this stratification is dying. Mobile, in particular, has destroyed it.

The App Store is the one-stop-shop for iOS games. Some kid's Flappy Bird clone sits next to BioShock, one of the finest games of the past decade. Device 6 is next to another match-3 with (or without) a twist.

There is little sanctioning going on; no barrier separating the intricate from the shoddy.

This is good and bad. It's bad because bad games can overwhelm the presence of good ones, and make the good ones harder to find. But it's more good because now more quality games have the chance to exist, and developers of all sizes have a shot at thriving.

For example - and I've shared this anecdote on social media recently - is that if you say that 99% of mobile games are garbage, you do realize that over 364,000 games are on the App Store, right?

So by your estimate, that's over 3,600 games that aren't garbage. And if you have the time to play over 3,600 games released just on mobile in the past 7 years, you have far more time than I do, and I am one of the few members of the press out there who focuses almost primarily on mobile.

Let me ask you this: would you trade all the great indie gems of the App Store era in exchange for all the bad games to not exist? Because you can't have one without the other.

In the age where it's easier for developers to jump ship from triple-A to go independent, for hobbyist coders to get their start, for weekend warriors to get their games published, and for whoever that wants to make a game to get it released and placed alongside everything else, we need to change our thinking.

Just because there's a lot of bad things out there doesn't mean that it diminishes the good.

There are just more games now. More bad ones, yes, but that's not seeing the wood for the trees. That's like saying that the Redwood forests are bad because some of the trees are tiny when there's plenty of gorgeous trees right next to them.

The internet is the biggest change to civilization since electricity and has provided the biggest impact on art and culture since the printing press.

Scarcity of media is dead and we haven't quite adjusted to it as a society. We are seeing the death of the stratification between different quality levels of media.

It's the end of having to get into the shops to make a living from creation, because there's now only tiny hurdles to distribution for the game, or music, or book, or whatever you want to create, distribute, and sell.

Mobile gets the most flak for enabling a lot of bad things, but console and PC-focused critics have no room to talk.

After all, @GREENLIGHTGOLD exists. Steam is closer than ever to just letting anyone who wants to sell something on their store to do so. How much terrible stuff existed on Xbox Live Indie Games? Or PlayStation Mobile?

Mobile just looks bad because it's the out group, because it has different ways of operating and standards compared to console and PC gaming.

But those markets are approaching what is mobile's normality.

Mobile gaming isn't garbage because it has a bunch of games you don't like. It is, for better and worse, just a vision of the future.

Throwback Tuesday: Why Nintendo's making a big mistake in not adopting Android 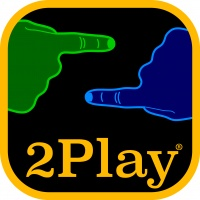 Reply
Scott Stevens Game Play Crusader at 2Play Games
Carter, I agree with much of what you say here. There are A LOT of people in the industry "stuck in its conventions of what a game is." For the past year mobile gaming has been struggling to evolve, struggling to redefine "games." For decades, we have been stuck in a mouse-click or A-B-X-Y controller world. The technology infused in these mobile devices opens up new possibilities. The sheer 'mobile' nature also creates new opportunities. We need to forget the old conventions and move forward.

As an industry, we also need to have a deeper discussion about monetization. I was recently at an apps conference having many discussions about monetization. So many people were advocating the freedium model. "It's the only way to get downloads." Inherent in these thoughts are many conventions that need to be reassessed. When mobile device were new it made sense to sell for free. Customers were wary of purchasing the device, yet alone 'apps' for it. With the widespread acceptance of both, we can now move forward. I whole heartily believe we can educate the consumer. We can show them better options than bargain basement, 'Dollar Store,' crap for games. The more we feed the free monster, the more it will be locked in as the ONLY model. Bottom line, we, as developers, need to eat. Let's work to show the consumer that new games can be worth the cost of a Vendi Latte, and last much longer. It comes down to value. Is the experience the game provides valuable enough? The success of recent paid games shows that consumers are willing to be a part of this movement. Let's move forward with them!
Posted 7 years ago