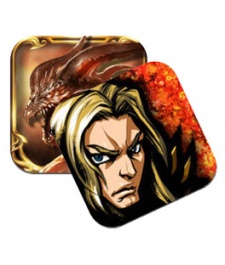 Take even the most cursory of glances at the app store charts, and you'll see that Rage of Bahamut  developed by Cygames published by DeNA for its Mobage platform  continues to perform strongly across all platforms.

More than three months on from its iOS launch, the collectable card game is still the eleventh highest-grossing game on the iPhone.

And on Android, it's doing even better.
Rage of Bahamut was released on Google Play back in February 2012, and since 25 April 2012, the game has enjoyed an unbroken spell as the top-grossing application of any kind on the Google Play platform.

It's a success that DeNA is keen to replicate, and the Japanese publisher's latest offering through its Mobage platform is a similarly hardcore title.

A fantasy RPG with a tactical turn-based battle system and plenty of stats to pore over, Blood Brothers launched on Google Play in April 2012.

And it's been making steady progress, now sneaking into the Top Grossing top 10, just behind rival GREE's Crime City.

Released on 27 August for iOS, it's not in danger of ousting the chart toppers quite yet, but the game is certainly ascending the rankings considerably more quickly than it did on Android.

Since its launch seven days ago, Blood Brothers' highest position on the US App Store's top grossing games chart has been 271  a position that its Android counterpart took months to reach.

While that number is not awe-inspiring, it's worth bearing in mind that Rage of Bahamut took time to build momentum too, gradually ascending the charts.

Of course, it could be that these type of games naturally play better with an Android audience; and that's exactly the sort of thing we'll be focusing on in future weeks.

Reply
Proactive Jobs
Its a great game as you have the quest element plus battle against other people. If you enjoy games where you can develop your best charachters than this is for you. Add me 7NNYHT when you get the option to add an Ally and you will get a free rare strong charachter!
Posted 9 years, 1 month ago