The Charticle: Roll up, roll up for the invasion of the casino game 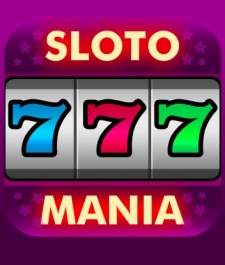 Throughout 2012, casino games have been quietly storming the App Store and Google Play top grossing charts.

Now, a quarter of the iPhone's 20 top grossing games are casino titles, and there are even more of them in the iPad and Google Play charts.

And, although Zynga has got in on the action with Zynga Poker, most of the top grossing casino games are published by companies that are relatively unknown in the mobile gaming industry.

Playtika, for instance, has achieved a remarkable level of success with Slotomania, maintaining a degree of cross-platform grossing chart dominance that's unmatched by even the industry's biggest players.

The title actually appears twice in the iPad's top grossing charts  Slotomania HD is at #7, while vanilla Slotomania sits at #16.

This is no passing fluke or short-lived success story, though. Slotomania has been an almost permanent resident in the iPhone's top 10 grossing games chart since January 2012, and it's a similar story on the iPad charts and Google Play as well. 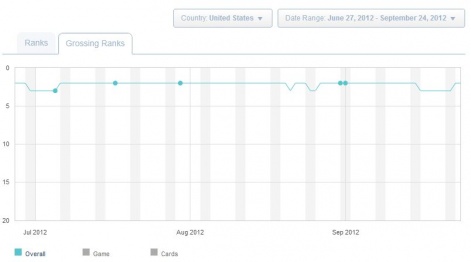 Cheaper in-app purchases are on offer, but it seems as though most players are keen to spend more.

What's my motivation?
Slotomania isn't the only casino game to make a strong showing on both iOS and Google Play, either.

Game Show Network's GSN Casino is in the top 20 grossing games charts for iPhone, iPad and Android; as is BitRhymes' Bingo Bash. 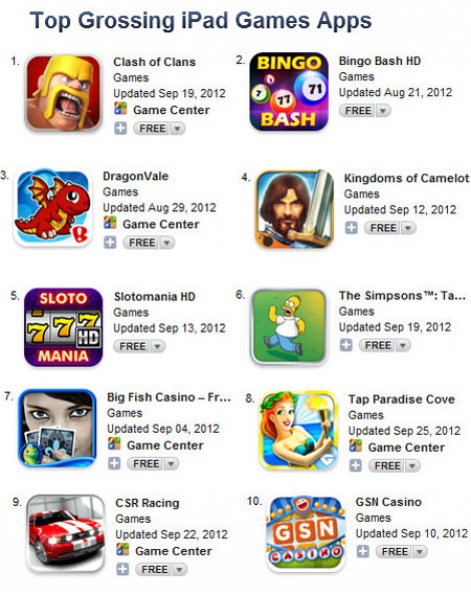 Indeed, the entire casino genre seems to be one that monetises especially well, with high value in-app purchases popular among players. Perhaps the fact that the real-life acquisition of casino chips costs money makes the in-app purchasing of chips less jarring for players.

By contrast, the in-app purchasing of consumables in other genres stands at odds with the past experiences of gamers.

These players are accustomed to paying for a game up-front, and purchasing in-game items with an in-game currency that can only be earned through play and has no connection to real-world spending.