The Charticle: How Mobage is stamping down hard on the Android gas pedal 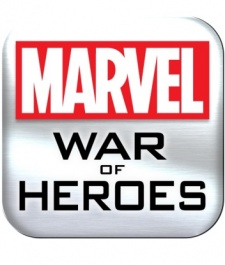 October 22nd, 2012 - 05:35pm
By James Nouch, Staff Writer
DeNA has published some bona fide success stories under its Mobage banner  most notably the extremely popular (and profitable) Rage of Bahamut.

The card-battler, developed by Cygames, proved unexpectedly popular with western audiences. Now, DeNA's hoping to improve upon the success of Bahamut with Marvel War of Heroes.

The game is an exercise in re-targeting.

It takes the card-battling mechanics of previous releases (indeed, it's another product of the Cygames stable) and pairs them with a massively popular western license.

Released on 18 October on iOS (globally) and Android (in certain regions and certain devices), the title has already stormed the download charts on iOS, and currently sits at #3 in the top free games chart for iPhone. 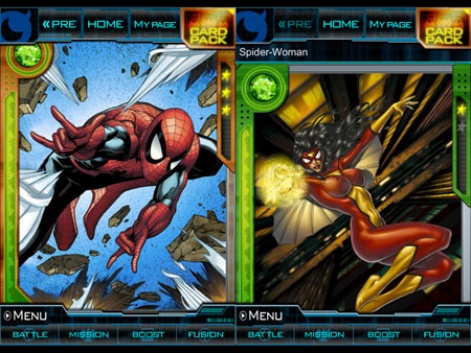 And although it's too early to say how successfully Marvel War of Heroes will monetise its playerbase, DeNA's gamble on superheroism has prompted us to take a look at the Japanese giant's cross-platform portfolio.

It's worth noting, first of all, that DeNA's Mobage is an Android-focused enterprise.

Roughly 13 apps are published under the Mobage name on iOS, while a monster library of around 63 titles is available from Google Play, if even many of these games have generic titles - Rites of Delta, Fantasica, Monster Chaos...

In contrast, some of the best known Mobage titles for Android are those developed by NimbleBit.

The US-based independent developer self-publishes its titles on iOS, but has partnered with DeNA to bring Pocket Frogs, Tiny Tower and Tiny Planes to Google Play.

A quick look at the relative performance of Pocket Planes for iOS and Google Play is telling. The NimbleBit-published iOS version went straight to #10 in the top grossing games chart for iPhone at launch in July 2012, peaking at #4 a few days later.

The DeNA-published version for Android launched in September. It would be fair to say that the Google Play release benefited from far less hype than the iOS version, but that only goes some way towards explaining the gulf in grossing charts performance.
Pocket Planes for Android peaked at #175 in the grossing games chart, and now, less than a month after release, sits at a humble #244.

More recently, however, DeNA has chosen to release its games on Android before iOS.
Ninja Royale, for example, was launched on Google Play in November 2011, although it wasn't until 25 January 2012 that Ninja Royale broke into the top 100 grossing apps chart.

In fact, the game dropped out of the top 100 several times after that point, and it was late July when Ninja Royale gained a secure foothold in the top grossing rankings. Since then, however, the game hasn't left the top 25 grossing games chart on Android.
Ninja Royale's performance on iOS is more erratic, and generally worse.

Launched in February 2012, the title bounced up and down the rankings, peaking at #27 in the grossing games chart for iPhone back in late-May. Less than three weeks later, the game had plummeted to #780 in the same rankings.

But, much like its Android counterpart, Ninja Royale's iOS performance eventually evens out. In late-August, the game's performance picks up, although when it settles, it holds steady some 25 positions lower than the Android title.

This seems to be a consistent story across Mobage's portfolio. The games that it releases on both iOS and Android typically chart much higher on Google's platform.

It may be true that iOS is more competitive, and it's often said that players spend more in the App Store. However, the disparity in grossing charts performance is so great as to suggest that Mobage's games routinely make more money on Android than iOS.

It's unclear exactly why this should be the case.

Whatever the reason, it'll be worth keeping a close eye on Marvel War of Heroes to see whether this trend continues, or if it can be bucked by a big enough licence.