The Charticle: Disney proves that 99c games can still top the iOS charts 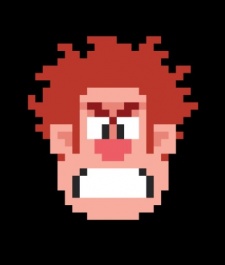 November 5th, 2012 - 05:50pm
By James Nouch, Staff Writer
It's not unusual to promote a movie with a tie-in mobile game. Over the last year or so, however, Disney has become something of a master at it.

To accompany the launch of Pixar's Brave, for instance, Disney partnered with Imangi to release Temple Run: Brave.

Despite the fact that the game was essentially a 99c re-skin of freemium hit Temple Run, it still managed to peak at #3 in the US top grossing apps charts for iPhone.

In the UK, it fared even better, shooting into pole position on the British top grossing charts at launch.

Masters of the craft

Now, with the North American launch of its latest animated movie  Wreck-It Ralph  Disney is looking to repeat this trick. 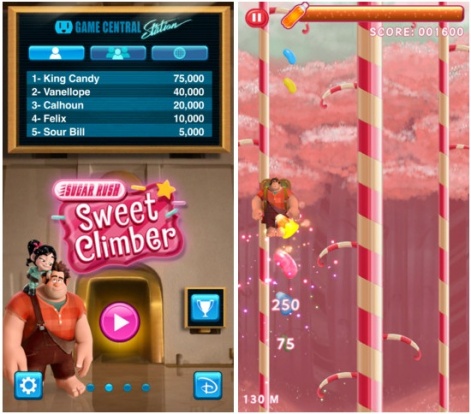 Menu and gameplay shots from Sweet Climber, one of three simple arcade games contained within the Wreck-It Ralph app.

The second app is available free of charge, and is (confusingly) called Fix-It Felix Jr. This demo/upselling tool contains a cut-down version of the mini-game found in Disney's full Wreck-It Ralph app.

The names may be confusing, but the success of these applications is unambiguous. Wreck-It Ralph is #1 on the paid app charts for both iPhone and iPad.

At present, the game does not include any in-app purchases, but it has nonetheless sold enough to reach #19 in the iPhone's top grossing games chart and #22 in the equivalent rankings for iPad.

The top free and paid apps for iPad in the US. Analytics data courtesy of App Annie.

And since Wreck-It Ralph has been prominently featured by Apple in a number of locations, it seems unlikely that Disney's latest is going to stop climbing those rankings any time soon.

Disney's free demo, Fix-It Felix Jr. is also ranking high on the App Store charts. It currently sits at #2 in the iPhone's top free games chart and #4 in the iPad's.

Of course, it's very difficult to say how many of those players are upgrading to the paid version of the app, but that doesn't really matter. Whether Fix-It Felix Jr. players get out their wallets or not, they're still being successfully advertised to.

It's a win-win for Disney. Smartphone users are downloading the promotional material for its latest movie in massive numbers, and a significant proportion is paying for the privilege.