The Charticle: How Injustice: Gods Among Us hit $1 million in US App Store revenue 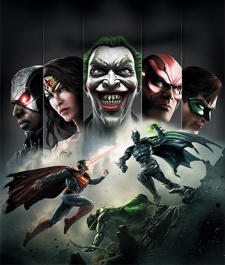 Despite the fact that Temple Run found success as a free-to-play game, this new installment charged players 99c up front and still managed to peak at #3 in the US top grossing apps chart.

Now, Warner Bros. is looking to emulate Disney's success. This week, the company will release Injustice: Gods Among Us for home consoles  a DC-themed fighting game from the makers of Mortal Kombat.

And in preparation, the company has launched an iOS version of the game that features similar beat-em-up action imbued with energy mechanics, collectible cards and a little bit of gacha.

To find out exactly how that combination has gone down with players, we examined the App Store data.

At launch, on 4 April 2013, Injustice shot straight into #4 on the US App Store's top free apps chart, behind Sonic Dash, Vine and Candy Crush Saga. 24 hours later, the game had reached pole position.

It remained the most downloaded free app on the App Store for two more days before installs began to drop off slightly.

They remain strong though  at the time of writing, Injustice is sixth in the US App Store's top free games chart.

And according to Distimo estimates based on data from 13 April, the game is currently generating around 100,000 installs a day in the US alone.

So Injustice is certainly acquiring plenty of users  helped, no doubt, by a number of featured spots from Apple, an association with DC Comics and Warner's marketing dollars.

But let's take a closer look at the monetisation.
Injustice's in-app purchases include energy packs and virtual currency packs.

Energy is expended each time you enter a bout, but refills over time, much like in CSR Racing, for instance. If a player wants a lengthy session with Injustice, they'll likely need to spend real money to recharge their characters' energy. 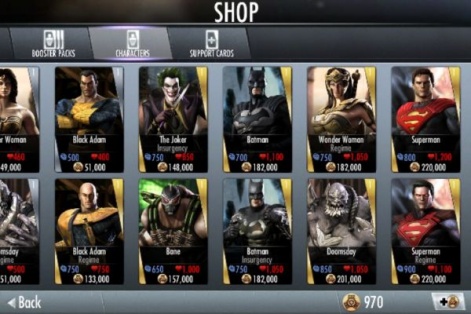 Gods do not throw dice

But rather than spending these coins directly on characters and support items, users are also able to spend them on booster packs that contain a semi-random selection of cards.

It's a system that shares much in common with the gacha mechanic found in certain Japanese card-battlers, although it's worth noting that this shouldn't be confused with the controversial 'complete gacha' system that attracted the attention of Japanese regulators in 2012.

These booster packs range in price from 8,000 to 100,000 coins and offer the tantalising prospect of getting valuable cards for considerably less than their in-store prices. But it's fundamentally a gamble, and you could, of course, be left with nothing but naff cards and regret.

As if all that wasn't enough, Injustice also features cross-platform compatibility with the forthcoming home console game. iOS players can unlock items in the console version of Injustice  and vice versa  giving additional incentive for players to open their wallets.

So there are some interesting monetisation mechanics at work here, and they seem to be working well for Warner Bros.

By 6 April, Injustice had broken into the top ten grossing games on the US App Store, where it's remained ever since, hovering between #6 and #9 in the rankings for more than a week so far.

Analytics graph showing Injustice: Gods Among Us' performance on the US App Store's top grossing charts.

According to estimates provided to PocketGamer.biz by Distimo, Injustice's revenue total for the US App Store surpassed $1 million on Friday 13 April, just nine days after its launch in the region.

Considering the fact that Injustice has penetrated the top 10 grossing games chart in more than 40 countries worldwide, it seems safe to speculate that it's brought in considerably more revenue than that to date  all while generating interest in its console sibling.

And that's the key point here. By tying these two games together, Warner Bros. has created some powerful cross-promotion opportunities.

The cross-platform compatibility, for instance, creates incentives for iOS Injustice players to pick up the console game, and for console gamers to download the iOS version  even if they might not have otherwise bothered. 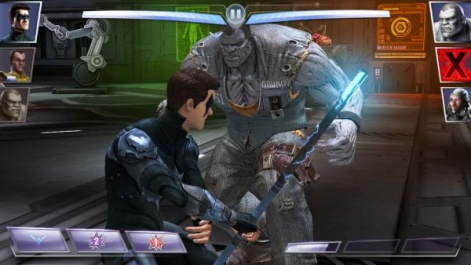 And even if Injustice for iOS wasn't sitting in the upper echelons of the top grossing charts, it would have had value as a promotional tool  marketing a console game to its substantial playerbase.

But with an overlapping system of monetisation mechanics and game design, Warner has effectively made what could have been a pricey marketing tool into a money spinner in its own right.