The Charticle: Smart early moves from the Clumsy Ninja 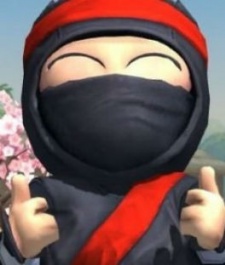 Having the weight of Apple's marketing division behind you is a sure fire recipe for success, and Clumsy Ninjahas been reaping the rewards of being one of Apple's poster boys.

NaturalMotion's 'game' was first revealed alongside the iPhone 5 at an Apple press event in 2012, a sign that Apple was already fully behind the title.

After being delayed for an entire year, Clumsy Ninja announced itself on the App Store in late November by bringing with it a feature that developers had been clamouring for - embedded gameplay video.

As well as being the main featured game, Clumsy Ninja was able to advertise itself via a trailer embedded into iTunes - a move that breaks Apple's tradition of only using artwork.

It was just another demonstration of the closeness of the relationship between Apple and NaturalMotion, which has seen several of its games highlighted in Apple keynotes over the years.

In terms of downloads, Clumsy Ninja has performed well in the US, rocketing to the top of the iPhone download chart only a day after being launched.

Since then, and after maintaining its position as the most downloaded title for just under a week, it has dropped slightly, though it still remains firmly in the top 10.

Clumsy Ninja hasn't made a similar impact in the grossing chart, though.

Since launch, the title has peaked at #14 in the US grossing chart, but it is struggling to break into the highly competitive top 10, and it now looks unlikely to do so.

Of course, the fact it doesn't have the typical compulsion loops of a free-to-play game are a hindrance in this respect; something compounded by its maximum IAP transaction being a mere $29.99.

On that basis, Clumsy Ninja could be seen as a surprising success.

The game has also demonstrate decent success in some Asian markets. In South Korea, the game peaked at #2 in the iPhone download charts, staying in the top 10 for five days.

However, the best numbers come from China, where the game has managed to sustain success, rooting itself in the top 10 in the iPhone downloads chart, peaking at #2.