Has FarmVille 2: Country Escape planted the seeds of success? 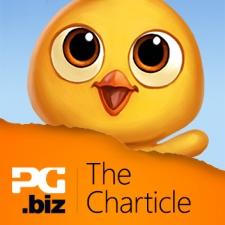 If FarmVille taught us anything it's that there are an incredible amount of people who take great pleasure in managing a virtual farm.

Success, of course, breeds sequels, and FarmVille 2: Country Escape will be looking to emulate its older brother and take the world by storm all over again.

The game, which is a F2P title that features a varity of entry level and high end in-app purchases, certainly has all of the right qualities to flourish on the App Store, but will it take root, or suffer from a lack of sunlight?

Cream of the crop?

In the US FarmVille 2 has been going steady.

On the US top grossing chart for iPhone, the game can be found continuously fluttering around the top 20, making infrequent surges for the top 10 that, ultimately, fall short.

It's consistency is promishing, though its inability to climb into the top tier might worry Zynga.

Over on the US top grossing chart for iPad FarmVille 2's performance has been marginally better.

The game has made a home for itself inside the top 20, however, its presence inside the top 10 is once again non-existent, and two peak positions of #11 show that FarmVille 2 can't quite clear that last hurdle.

It's a similar story across the pond, with FarmVille 2's performance in Europe reflecting its US showing.

On the European top grossing chart for iPad - which looks at Germany, Spain, France, Italy, and the UK - Farmville 2 has proven itself inside the top 20.

The game did briefly break into the top 10 in Italy, where it peaked at #10, but overall the charts suggest that a similar breakthrough in other regions is unlikely.

It's on the European top grossing chart for iPhone where FarmVille 2 really hits a wall.

Despite being a consistent performer elsewhere, here FarmVille 2 has been slipping down the charts in all regions, falling out of the top 50 in Spain, and slipping into the top 40 everywhere else.

If this slump continues, FarmVille 2's days inside of the top 50 are surely numbered.